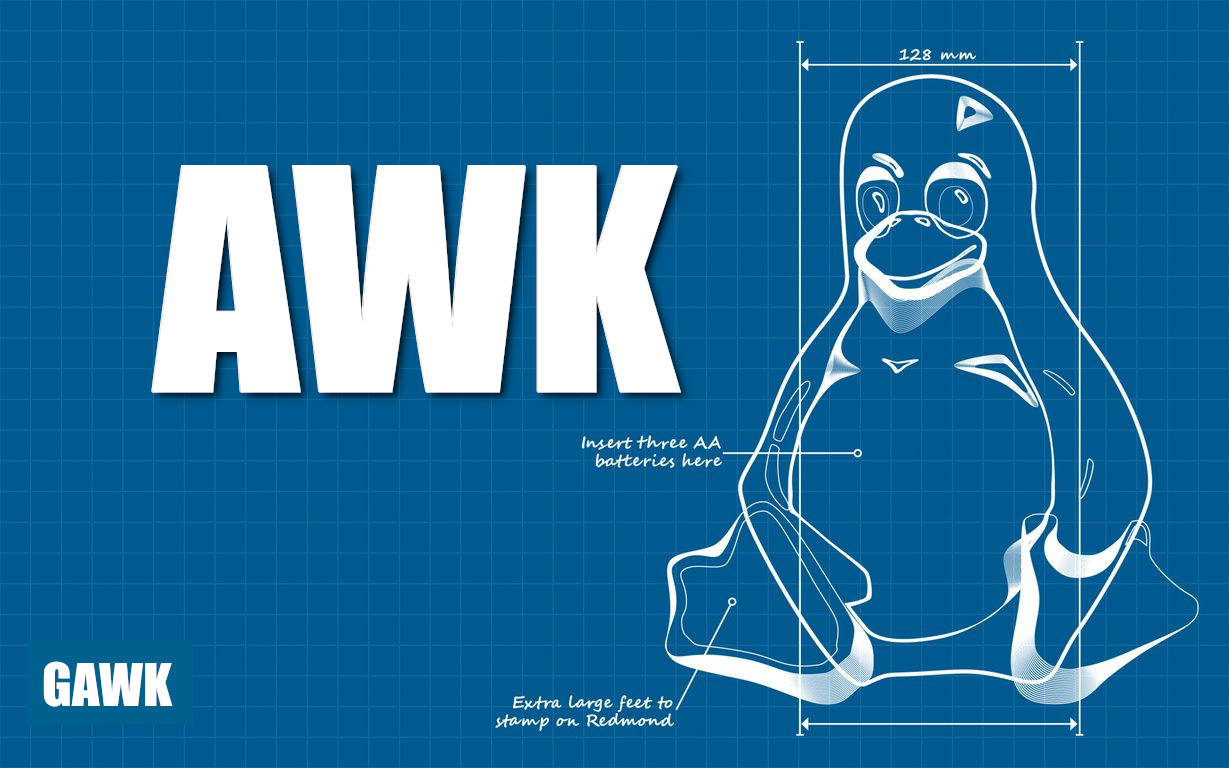 AWK is an interpreted programming language that is generally used to make shell scripts more powerful and feature-rich. It is mostly used to process data in text and file operations.

The name comes from the first letter of the surname of each of the creators: Alfred Aho, Peter Weinberger and Brian Kernighan.

This language is considered by many to be an important milestone in the history of programming, having had a great influence on the creation of other programming languages, such as Perl and Python.

The - f flag says that the following command is a program to execute.

For an executable program, use /usr/bin/awk.

For example, create a world.awk file with the content

We can use these variables within the print command. In it, whenever we put a comma, we are spacing

With BEGIN, AWK doesn’t wait for an entry (like typing ENTER twice), it executes everything from that block.

Cannot start variables by digits, they are case sensitive, must not have the same name as AWK variables, or other commands, and do not need to be initialized or declared.

When using the first variable, it is either an empty string (“”) or “0”, but it is not good to trust your script with these initial values.

AWK is poorly typed, that is, you can assign a number to a variable and then not assign a string, for example.

if and comparison operators

These are the control statements that control the flow of program execution in AWK. In AWK, they are similar to C, and have the same looping and interactions as the Shell pattern.

else and else if

Create a file: vim conditions.awk and insert this content:

This was just an introduction to Awk, in the future we’ll see more tips.