Display images in Terminal with this application written in C++

Can be implemented in different ideas 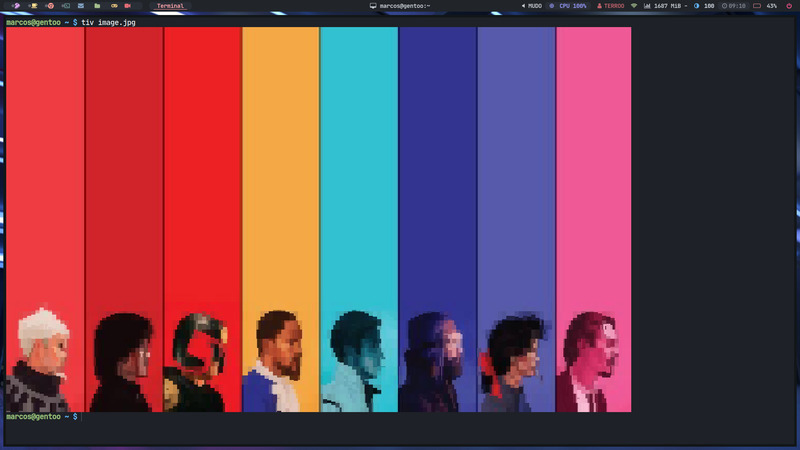 If you have an idea in mind of some TUI mode app that needs to display images in the terminal, such as similar ones: Ranger, fetch,… the TerminalImageViewer can be a good alternative.

TerminalImageViewer is a small program made with C++ to display images in a (modern) terminal using ANSI RGB codes and unicode block graphics characters.

First you will need the following dependencies installed on your system: Git, gcc, GNU Make and Image Magick.

After that run the commands in order:

You can also install via Brew and Snap:

If you just run the tiv command there will be a help for all available parameters:

The most basic way is to run the tiv command and indicate the path of the image, for example:

Another example, limiting the width to 40px and the height will be scaled proportionately: 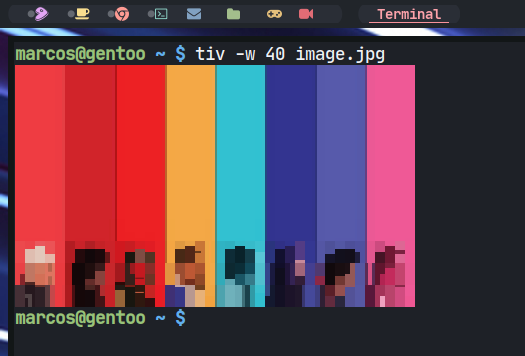 There is also a version in Java, but it is outdated and not compiling.

For more information go to repository .