How to Embed C/C++ Functions in Lua

We'll see how easy it is to implement the Lua API for C and create our functions in C and C++ to use in the Lua programming language. 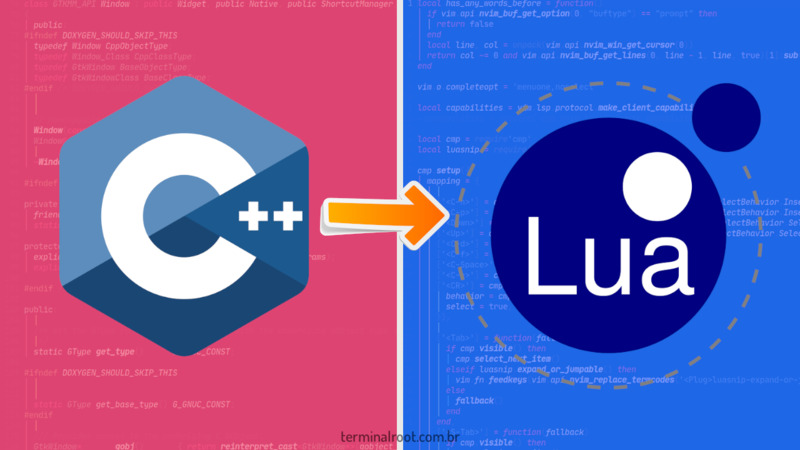 Currently, it is very common to develop parts of an application using a scripting language and another part using a lower-level language that has better performance.

In 90% of cases, the lowest-level language chosen is C/C++, so many scripting languages like Python, Perl, and Ruby have some way of communicating with C.

Lua is no different and provides an API so that Lua code can communicate with C code and vice versa.

Lua is an extensible language because we can define functions in C and use them in Lua programs. At the same time, Lua is also an extension language, since it is possible to embed Lua in a C application. The model for communicating with C code offered by Lua is based on a virtual stack, where both the C code and the Lua can push and pop values on the stack.

The functions that manipulate the virtual stack have a lua State structure as a parameter, which stores information about the state of the Lua program. No state information is stored in global variables, so we can have multiple independent lua states.

The didactic example I made available on GitHub, to get run the commands:

Example of how to compile on Windows

For more information watch this video.

Video is in Portuguese.