How to hide input via CLI with C++ 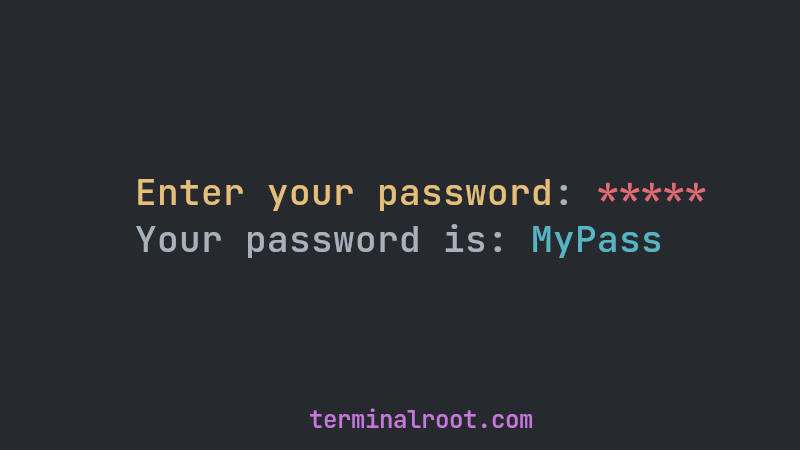 Often we are developing an application that interacts with the user asking for the password and if he is doing it in the presence of someone or recording a video, the password will appear.

On most systems like UNIX this is already hidden by default. So let’s see how to do it with C++ .

For this we will need to include the following headers:

iostream is already known and commonly used by us.

termios.h is a library that contains the definitions used by the I/O interfaces of terminal , it will be with it that we will hide the typed.

After adding the headers, just:

If during the optional std::cout you still want to replace the std::string with asterisks(*), add this snippet to your code:

We can see that the command in the terminal stty -echo (to hide the data typed in the terminal) and stty echo to return the display do the same thing. Note that the stty program/command makes use of the termios.h library.

Displaying asterisks instead of empty or letters

I see a lot of people asking this question on StackOverflow and honestly I’ve never seen an effective solution that actually solves it the way one wants, not even using the curses.h library(Note, curses.h, also compiles with: -lcurses -ltinfo, not NCURSES) .

So, I created a way that solves this in a simple way, using do while, excluding getline() and using getchar() instead: