How to Install Carbon Language in Ubuntu and First Steps

Carbon is the new programming language from Google, Open Source that intends to be the successor to C++. 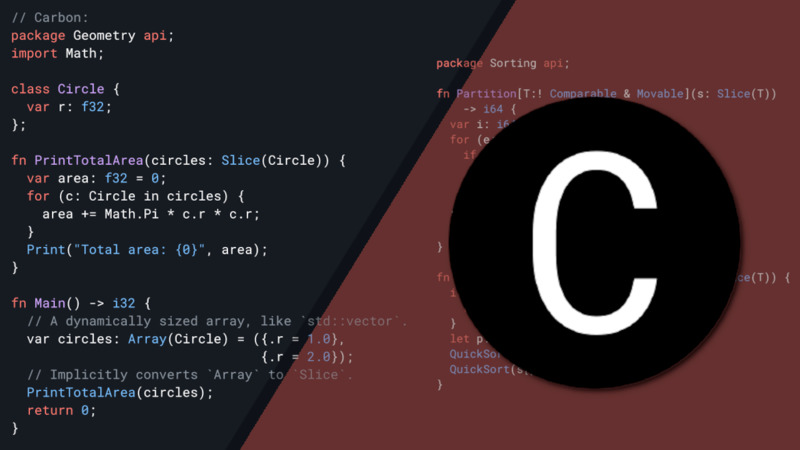 Carbon, or Carbon-Lang, is an experimental, general-purpose programming language.

The project is open-source and was started by Google, following in the footsteps of previous Google-made programming languages (Go and Dart). Google engineer Chandler Carruth first introduced Carbon at the CppNorth conference in Toronto in July 2022. He stated that Carbon was created to be a C++ successor.

The language is expected for a 1.0 release to occur in 2024 or 2025. The language intends to fix several perceived shortcomings of C++ but otherwise provides a similar feature set.

The main goals of the language are readability and “bi-directional interoperability”, as opposed to using a new language like Rust (which, while being based on C++, is not two-way compatible with C++ programs). Changes to the language will be decided by the Carbon leads.

Carbon’s documents, design, implementation, and related tools are hosted on GitHub under the Apache-2.0 license with LLVM Exception.

In this article we will see how to install Carbon in Ubuntu and the first steps.

06. Update PIP and add llvm to the $PATH variable:

For more information see the examples in the explorer/testdata directory and the documentation.

If you want, try using Carbon online at: https://carbon.godbolt.org/.