How to Install Flutter and Dart on Any GNU/Linux Distro

Flutter is a Framework/ToolKit and Dart is a scripting language, both from Google. 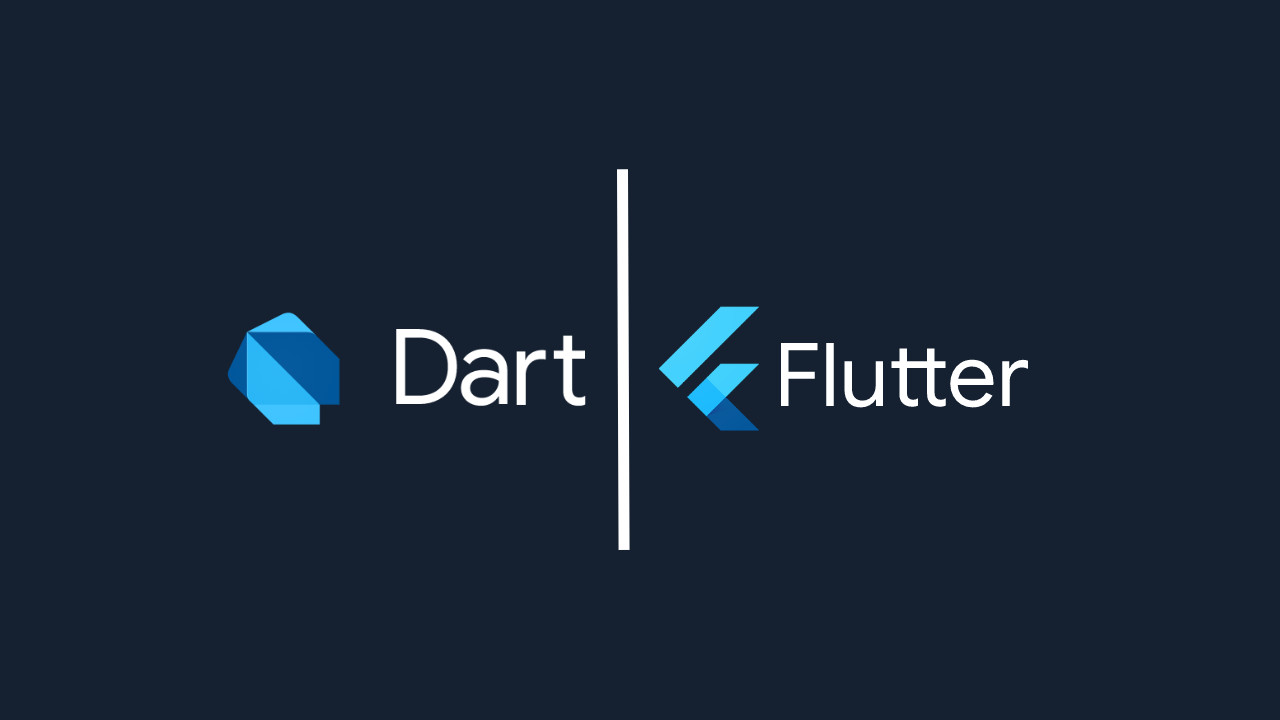 The main components of Flutter include:

The main advantages of the toolkit/framework:

Flutter apps are written in the Dart programming language and make use of many of the language’s more advanced features.

Dart (originally named Dash) is a web-based scripting language developed by Google. The goal of the Dart language was initially to replace JavaScript as the main language built into browsers. Programs in this language can either run in a virtual machine or be compiled to JavaScript.

In November 2013, the first stable version, Dart 1.0, was released In August 2018, Dart 2.0 was released, a reboot of the language, optimized for client-side development for web and mobile devices.

Dart SDK ships with Flutter; it is not necessary to install Dart separately. The Flutter SDK includes the complete Dart SDK and has the dart command.

01. Download the package that has everything (flutter and dart):

Check here for a newer version!

05. Test the commands: flutter and dart:

Creating a Hello, World! in Dart

Create a file with the name you want and extension: .dart, example: vim main.dart and insert the content below:

To run the code:

To compile and run the binary:

Creating a Hello, World! with Flutter

There are several ways to display, read the outputs, however the simplest is using Google Chrome. If flutter run doesn’t list this option, do it like this:

For convenience, add this to your /etc/profile

When you run the flutter doctor command, it describes this!

It’s an app that you click on the + button and it adds/adds to the count: 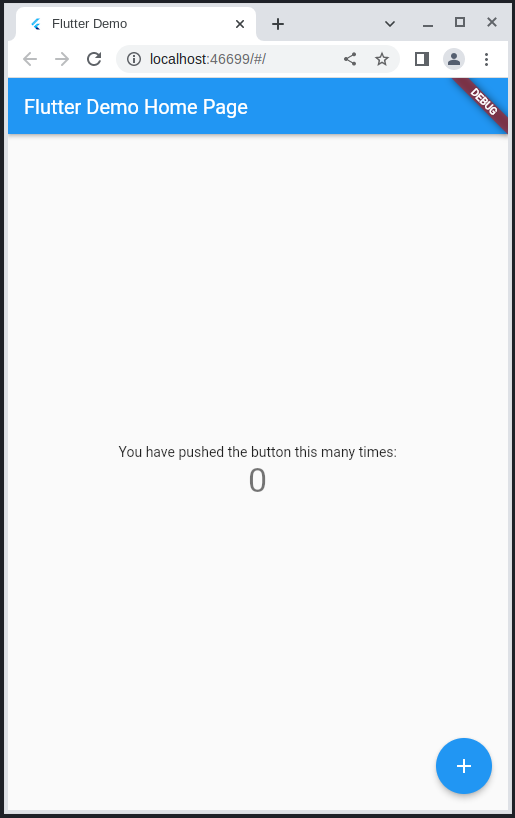 The file to edit is: vim ./my_app/lib/main.dart

If you choose option 1 (you need to have clang and gtk installed), it will open in a new window, as in the example below: 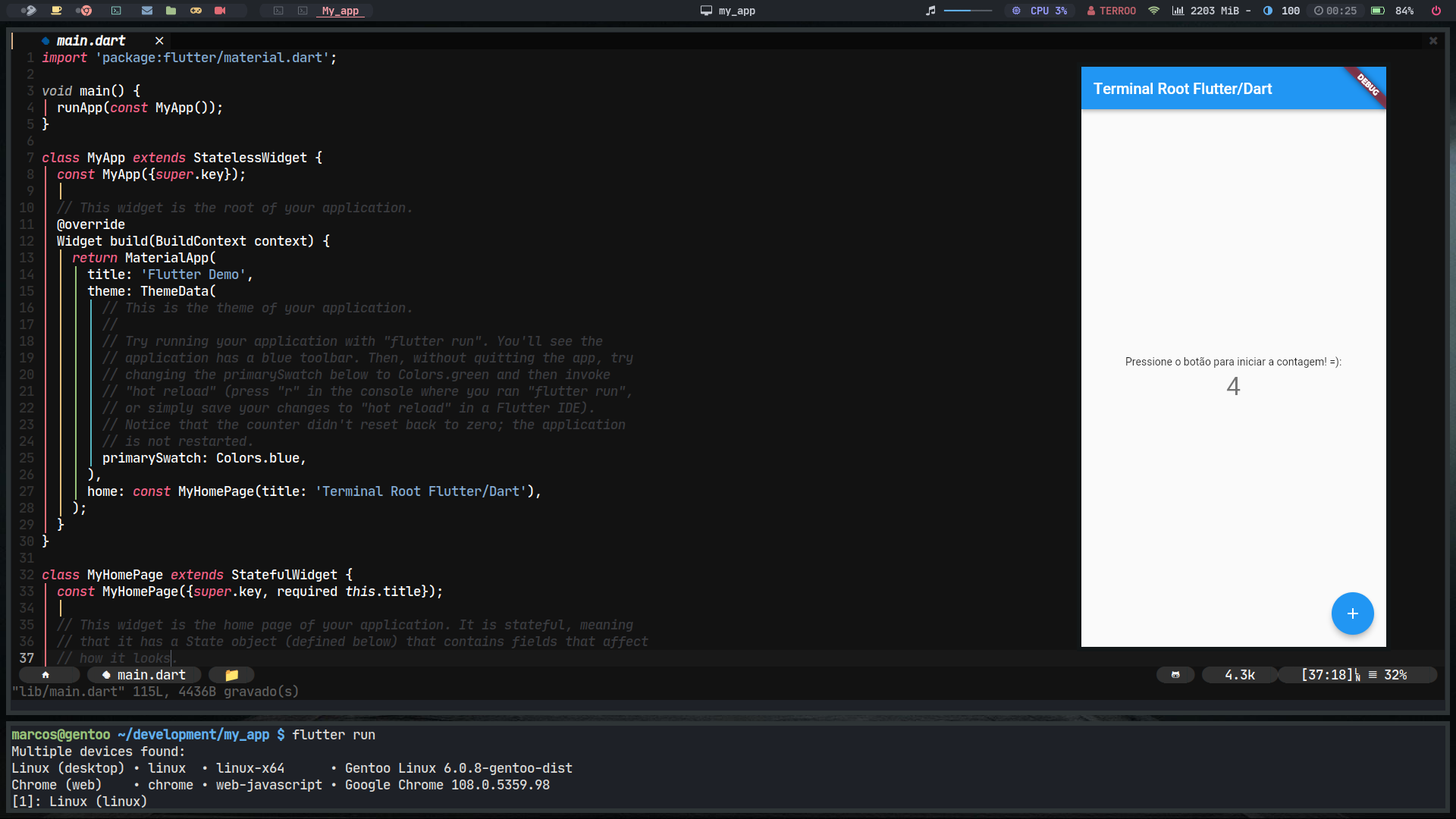 Alternatively you can use snapd to install:

Although native to Ubuntu, it is available for several distros!

For example in Gentoo: emerge snapd.