The old OpenBeOS that provides an object-oriented API. 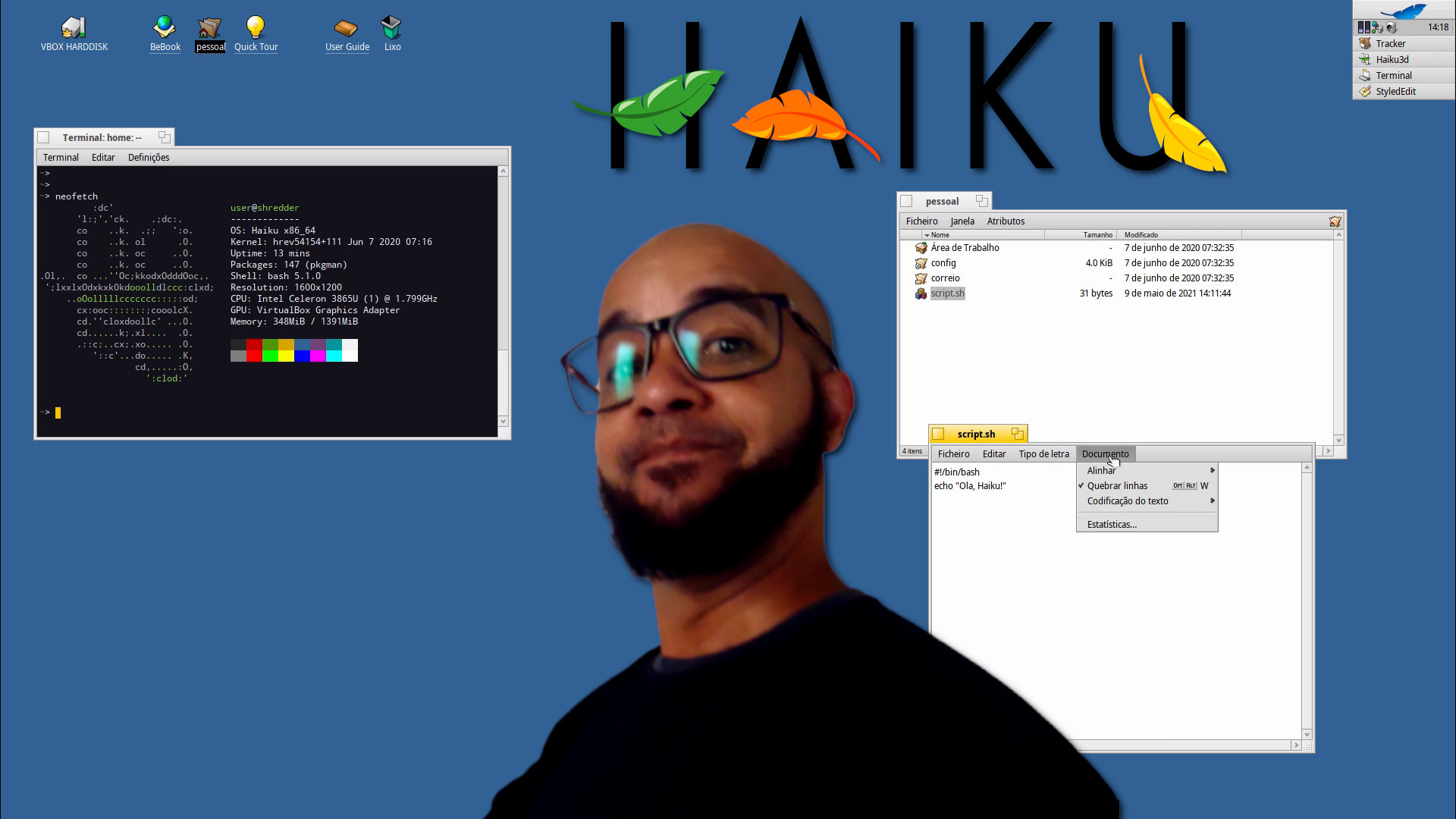 Haiku OS, formerly known as OpenBeOS, is an open source operating system written in C++ that provides an object-oriented API.

The name “Haiku” was chosen for the project in order to avoid misuse of a trademark now owned by Palm and aims to reflect the elegance and simplicity that attracted several users, in addition to being a direct reference to the error messages displayed in the Japanese haiku poetic form by the NetPositive browser and other Be programs.

The modular construction that teams of volunteer programmers independently work on replacing servers and APIs (known in Haiku as “kits”). Teams include:

Some kits were considered complete and the others are in different stages of development.

The video is in Brazilian Portuguese, but you can use subtitles(that have been duly reviewed) and translate into your language.