Onefetch - Generate a fetch from your Git repository

Get information from your Git repository via the command line.

Onefetch is a command line information tool that displays information about your Git repository directly on your terminal.

Onefetch provides the user with code statistics and design information with features such as license detection. Onefetch will show you:

You can further configure Onefetch to display exactly what you want. Through the use of parameters via the command line.

Onefetch is written in Rust. But several operating systems already have in their repositories, they are:

For any Linux distro just install Rust via your package package manager and add the precompiled binary to your $PATH variable, example for /usr/local/bin with the most current version according to the date of publication of this article :

Once installed, just enter a git repository and run the onefetch command, example for the Wallset repository 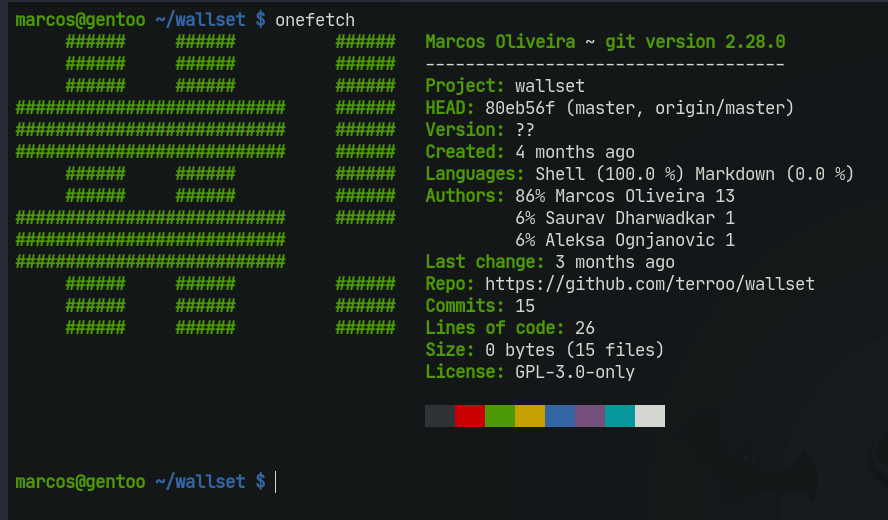 The repo information is displayed next to the ASCII logo for the dominant language. You can also configure Onefetch to use an image (png, jpeg …) in the supported terminals with the -i parameter and indicating the image address, example:

Remembering that only terminal emulators: xterm, mlterm and kitty are supported