Program in Visual and Modular Blocks in Python 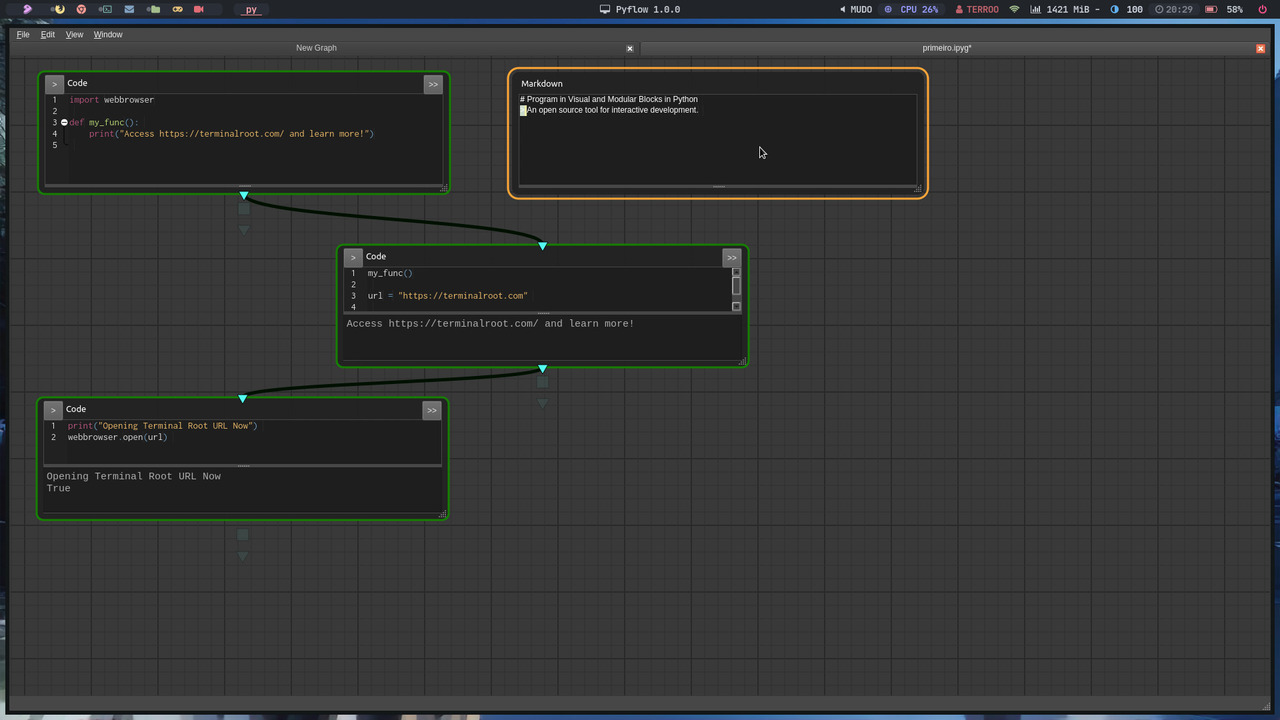 With PyFlow you can create code blocks in which you can edit and run Python code, you can move and resize blocks in an infinite 2D plane. Just link the blocks to highlight dependencies, Pyflow will automatically run your blocks in the correct order.

To get PyFlow on your system you need to use pip and run the following command:

After the installation is complete, to run PyFlow, just run:

The PyFlow window will open, click on File and then on New to create a block scheme. 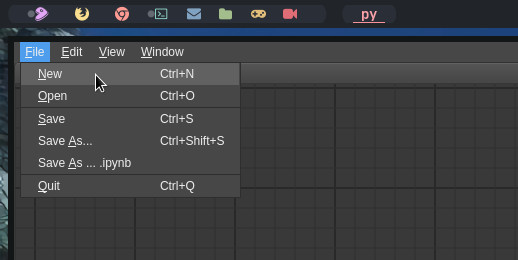 Then right-click on the plane and choose the type of block: Markdown or Code . 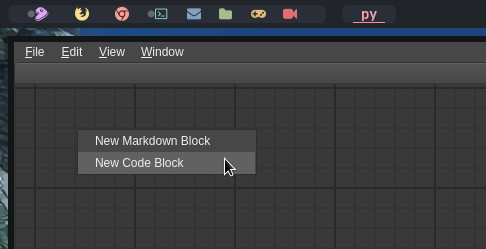 Example of a code block: 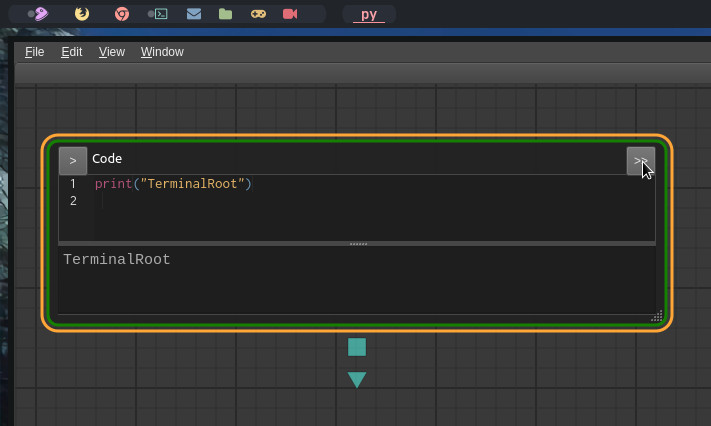 Example of a Markdown block:

By clicking on the triangle or square it is possible to create a node and join it to another block. See in this example, I created the variable example in one block and printed it in the other: 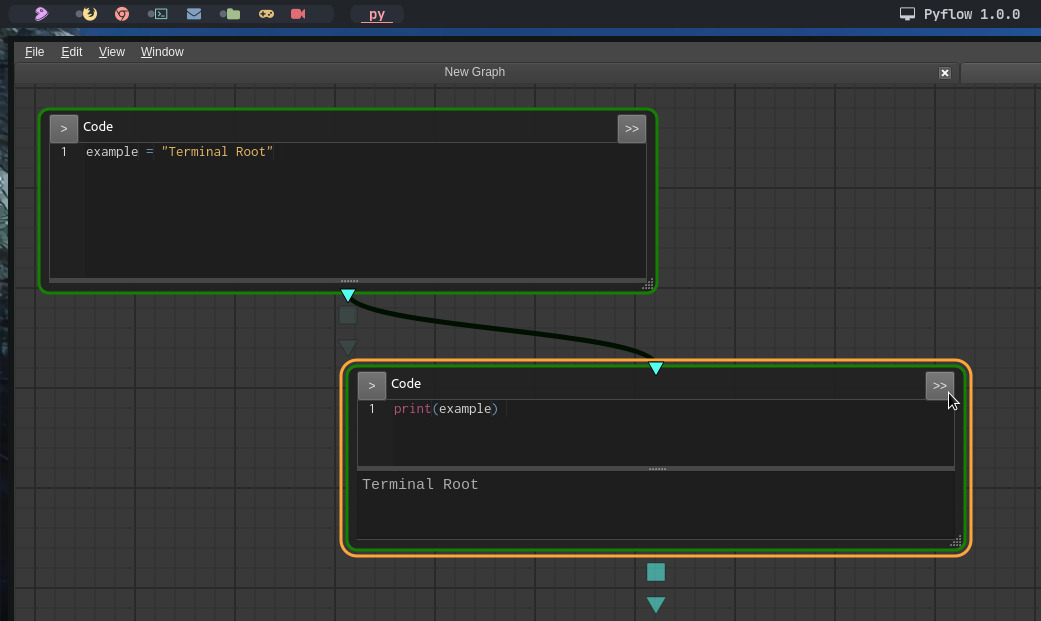 In this other example I created a function that prints a message and in the other node a variable with a URL and in the third node I print the message and I already open the URL in the default browser as soon as I click >> to execute the code:

Click on the image to enlarge and view the code better (it will open in a new tab of your browser).

To save your project press Ctrl + s .

See the gifs below to learn more about many of the features:

For more information and documentation visit the repository .