Why is the C programming language still on the rise?

Including comparatives to C++, Java and Python.

Active since the 1970s, language still persists and few can outperform. But how does it compare to the competition? 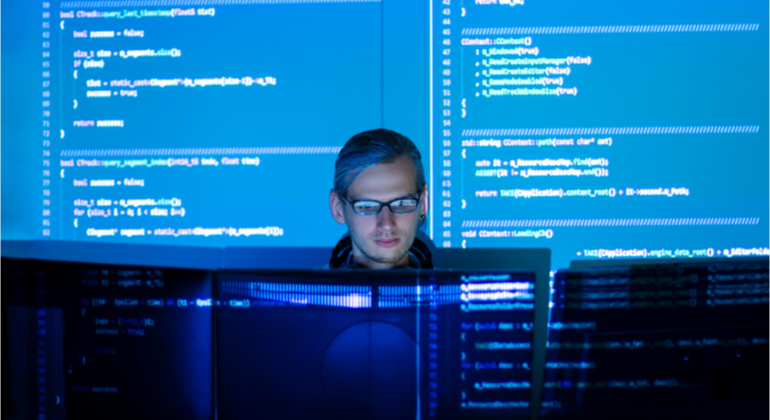 No technology stays alive for 50 years unless it does its job very well. The C programming language has been active since 1972, and still reigns as one of the fundamental elements of the software world. In some cases, a particular technology survives because people simply cannot replace it. In the last few decades, dozens of other languages ​​have emerged - some explicitly designed to challenge C, others standing out as a byproduct of its popularity.

It is not difficult to say that C needs to be replaced. Programming language research and software development practices suggest that there are much better ways to work. However, C persists equally, with decades of research and development behind it. In the end, few languages ​​can outperform. Still, it’s worth seeing how the C compares to the competition.

Of course, C is compared to C++ , the language that - as its name implies - was created as an extension of C. The differences between C++ and C can be characterized as extensive or excessive depending on who is talking about it. .

Although still similar to C in its syntax and approach, C++ provides many genuinely useful features that are not available natively in C: namespaces, templates, exceptions, automatic memory management, and so on. Projects that require high level performance - databases, machine learning systems - are often written in C++ using these features to get the most out of system performance.

In addition, C++ continues to expand much more intensely than C. The next C++ 20 brings even more features, including modules, a synchronization library, and concepts that make it easier to use. The most recent revision of the C standard added little news and focused only on maintaining backward compatibility.

The problem is that all the advantages of C++ can also work as disadvantages. The more C++ features you use, the more complexity you get and the harder it gets to tame the results. Developers who limit themselves to a subset of C++ can avoid many of their worst pitfalls and excesses. The Linux kernel development team, for example, avoids C++ .

Choosing C over C++ is one way to avoid having to deal with C++ overeating by enforcing minimalism. Of course, C++ has a rich set of high level features for good reason. But if minimalism is better suited for current and future projects, then C makes more sense.

After decades, Java remains one of the highlights in enterprise software development. Many of the most important projects were written in Java - including the vast majority of Apache Software Foundation projects.

Java syntax borrows a lot from C and C++ . Unlike C, however, Java does not compile native code by default. Instead, the Java Runtime Environment, JVM, just-in-time (JIT) compiles Java code for execution in the target environment. Under the right circumstances, Java JITted code may approach or even exceed C’s performance.

The “write once, run anywhere” philosophy behind Java also allows programs to work with little tweaking. On the other hand, although C was developed for many architectures, any C program may still need customization to run correctly.

This combination of portability and strong performance, coupled with a huge ecosystem of libraries and software frameworks, makes Java an ideal language for building enterprise applications.

However, Java falls short of C in an area it never intended to compete: working directly with hardware. Java is compiled in bytecode, which is intermediate code that the JVM interpreter converts to code. In addition, while Java ‘s automatic memory management is a blessing in most circumstances, C is best suited for programs that should make optimal use of limited memory resources.

There are also some areas where Java can approach C in terms of speed. JVM’s JIT engine optimizes runtime based on program behavior, allowing for many classes of enhancements not possible with C.

Nowadays, whenever the conversation is about software development, Python always seems to be in the conversation. After all, Python is “the second best language for everything” and unquestionably one of the most versatile with thousands of third party libraries available.

What Python emphasizes, and where it differs most from C, is in favor of development speed over execution speed. A program that can take an hour to build in another language - such as C - can be written in Python in minutes. On the other hand, this program may take a few seconds to run in C, but a minute to run in Python . But for many works on modern hardware, Python is fast enough, and this was critical to its acceptance.

Another big difference is memory management. Python programs are fully managed at runtime so developers don’t have to worry about the details of memory allocation and release. But here again, developer ease costs runtime performance. Writing C programs requires attention to memory management, but the resulting programs are often the gold standard for machine speed.

Behind the scenes, though, Python and C share a deep connection: the reference Python runtime is written in C. This allows Python programs to group libraries written in C and C++ . Significant chunks of the Python ecosystem of third-party libraries, such as for machine learning, have C code at their core.

If development speed matters more than execution speed, and if most performance parts of the program can be isolated into standalone components, pure Python or a mix of Python and C libraries may be a better choice than using it. C alone. Otherwise, C still prevails.