Deque or Vector, which should I choose in C++ ? 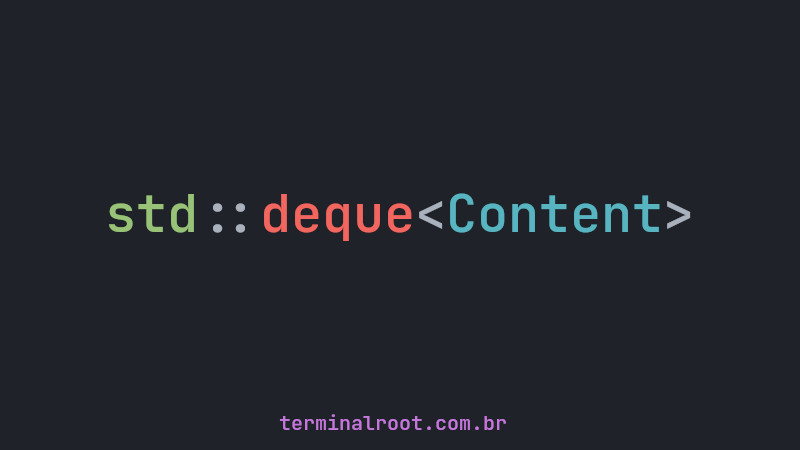 Deque (usually pronounced as “deck”) is an irregular acronym: Double ended queue, in Portuguese means: Double queue, and that’s exactly what it does.

Double-ended queues are dynamically sized string containers that can be expanded or collapsed at both ends (front or back), unlike Vector which has a single row, in std::deque you can insert data either at the end, with push_back() equal in the vectors, or at the beginning: front_back() member function non-existent in vectors.

Suppose you have a class that stores different types of data and you want to include the elements in the order they are presented to you, and first in must be first out, with which you can use push_back and then push_front:

If we replaced the deque with the vector we would need to reverse the order so that the result could be as expected, as we would only have the push_back:

Differences between Deque and Vector

Which one should you choose ?

Where deque has its biggest advantages:

Where deque has its biggest drawbacks:

Want to learn C++? Then, go to: https://terminalroot.com/tags#cpp .