There are more complex and simpler forms. 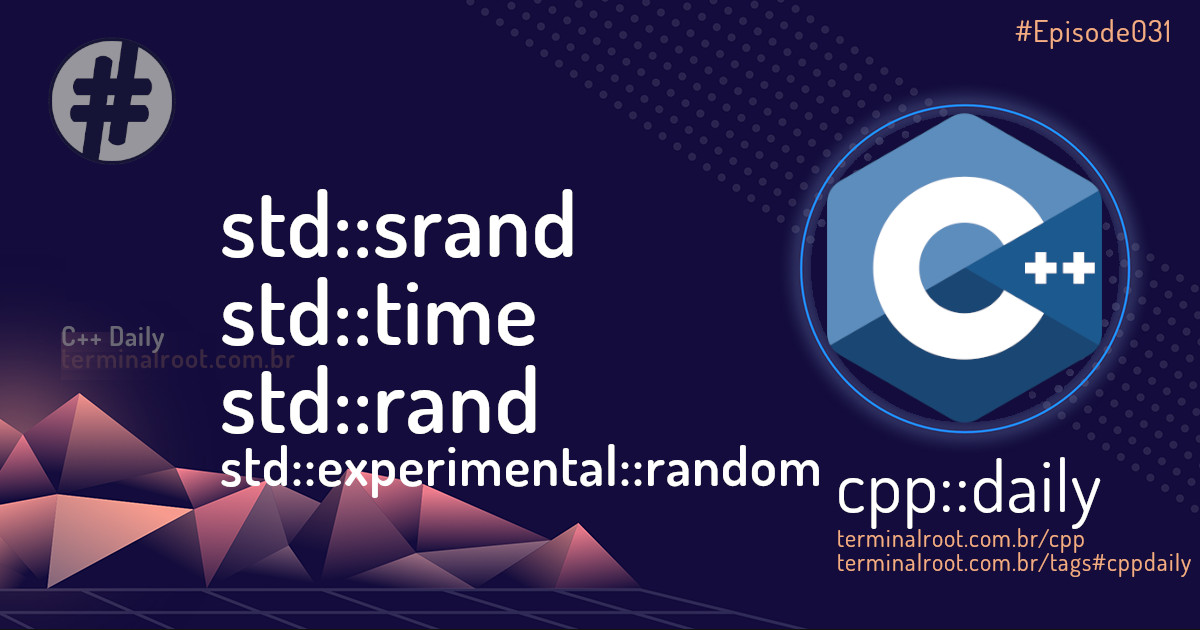 std::srand takes std::time(must include <ctime> and uses current time as seed for random generator) as parameter and seeds pseudo-random number generator used by std::rand() that by its instead returns a pseudo-random integral value between 0 and RAND_MAX, to know its value just print it, example:

Random numbers are generated at runtime, that is, each time it is executed or each time you call a function with generated value from std::rand() the numbers will be different unless you remove the line: std::srand(std::time(nullptr)); or, in the case of the function, if using static.

If you also want numbers without signs, just make a casting, example: std::srand(static_cast<unsigned>(time(nullptr))), a little useless, but just to inform.

Of course we could create a condition and add or subtract according to the result value dynamically.

But that’s quite a bit of work, so comes the std::experimental::randint task. To use it we need to include the <experimental/random> header, example:

If you think the name gets too long, try summarizing, eg: namespace rd = std::experimental; and implement: rd::randint(5,10);.