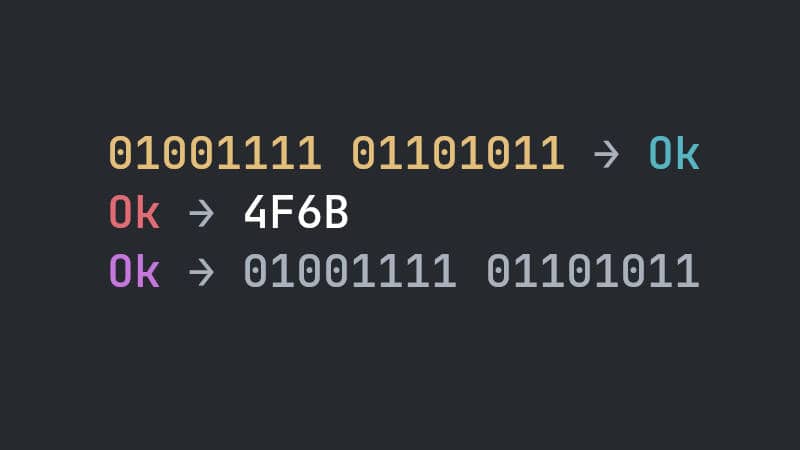 Several times we need to convert our data to manipulate it in the desired way and even to make it difficult to display when necessary.

For development purposes, it’s good to have something ready to go faster, so I created a single convert.hpp file with a Union which has the member functions for this.

I really don’t like to fill the code with comments, because programmers know how to read the code of the programming language that it is acquainted.

However, I will inform some things in the code to make it easier to read and if you want to increment something, it will be easier, they are:

The complete code is this:

To use it, just include this file and call the static member functions of the union, for example: conv::member_function(param);:

If you want to add more conversions, for example to: decimal and octal, it will be a good exercise. I didn’t put it on GitHub because it’s just a basic file! 😃