Jython - The language that mixes Java with Python

This language joins two good tools into one. 🐍 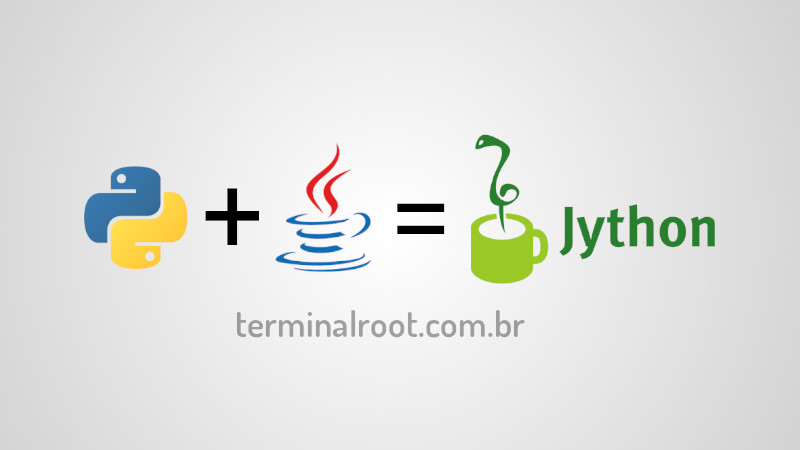 This language joins two good tools into one. 🐍

Jython is an implementation of the Python language (https://terminalroot.com.br/2019/10/script-basico-de-python-para-learned.html) that generates bytecode for Java machines (JVM). With it is possible to develop hybrid applications that unite code in Java and Python.

This tool is also very useful for embedding a scripting language in applications that require this kind of functionality. It also includes a compiler that converts Python source code to Java bytecode, allowing Python programmers to write classes that can be used by a Java program.

Among its advantages are:

Use your distribution’s package manager to install them, for example, as I installed here on Gentoo:

In this case I rejected the modules: cups and alsa and icedtea was installed automatically as it is a dependency.

Now download Jython at: https://sourceforge.net/projects/jython/. After downloading extract the package:

After this last command, it will open a ** wizard ** for you to follow, follow the images below: 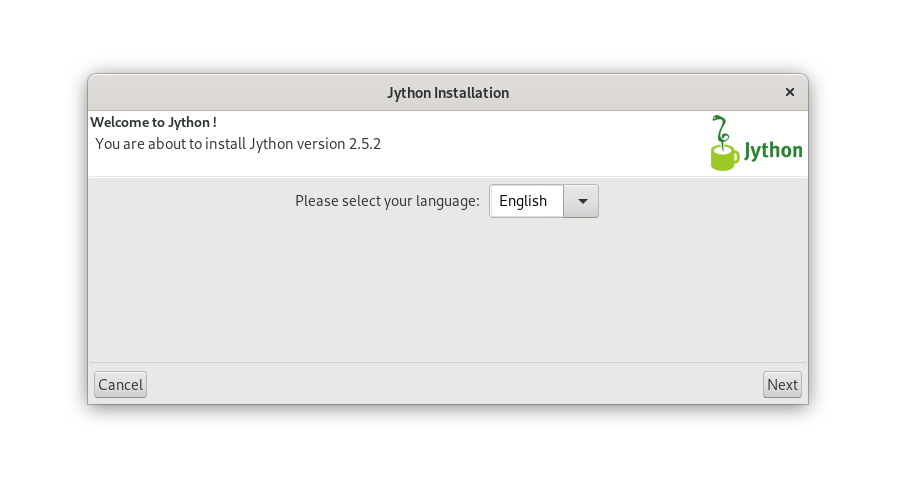 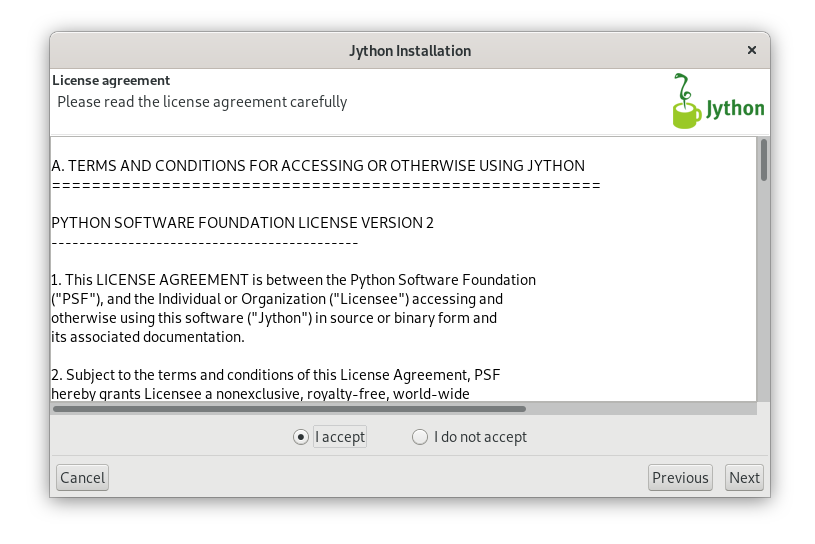 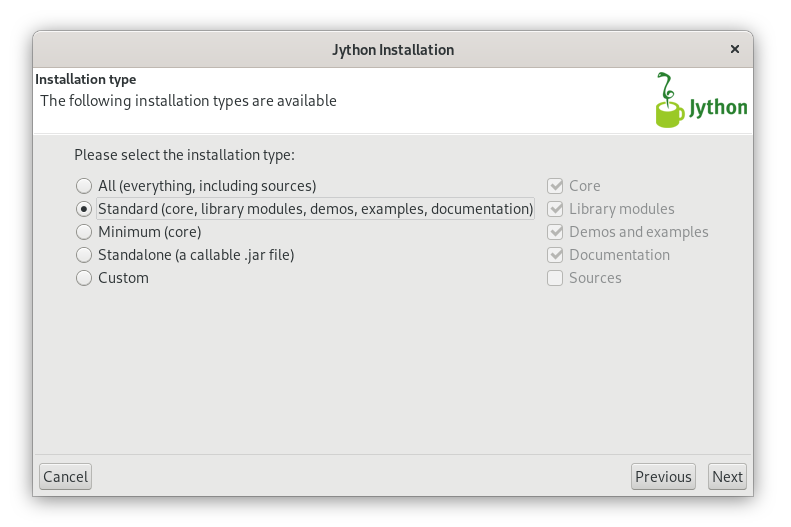 In this 4th image ↓ part you could still choose a custom directory, for example from ~/.config/jython, it would be the most ideal not to pollute your home directory. 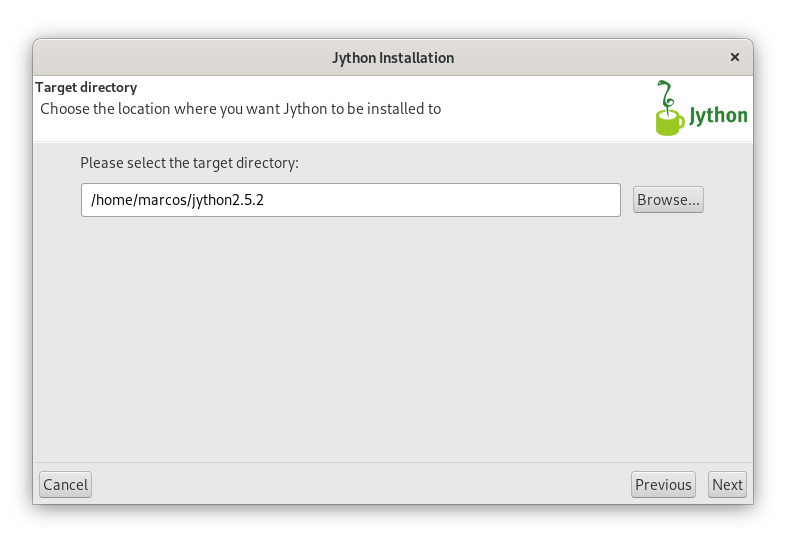 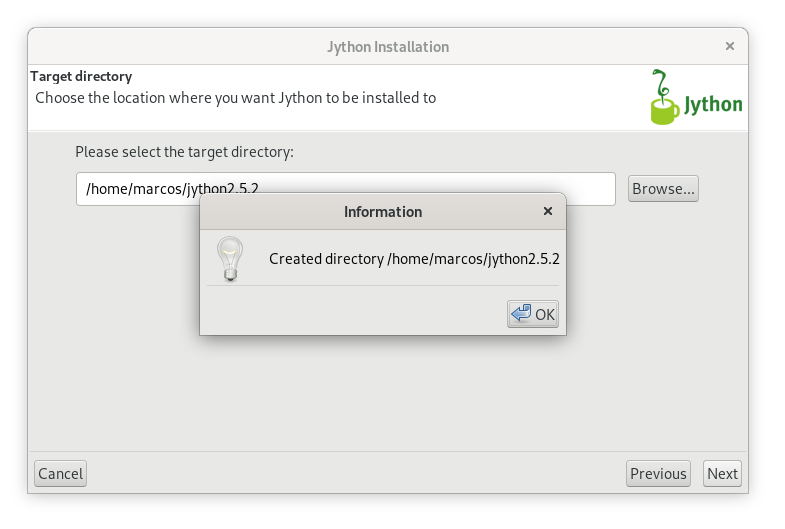 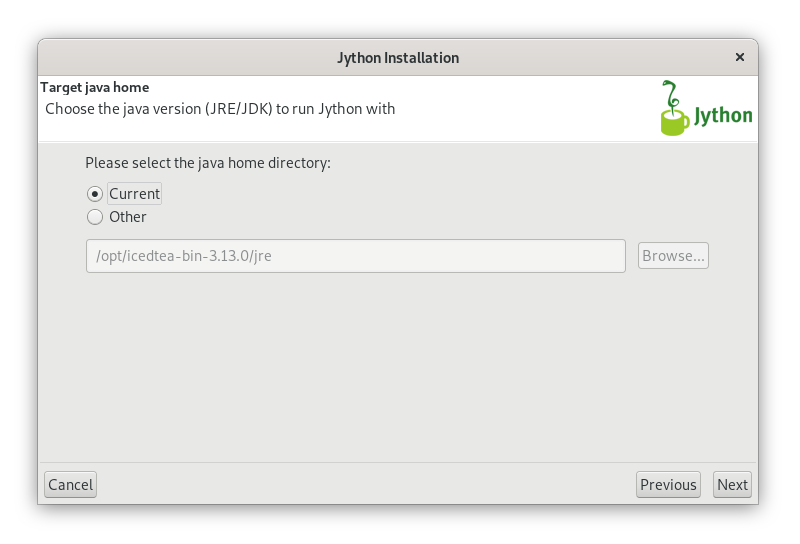 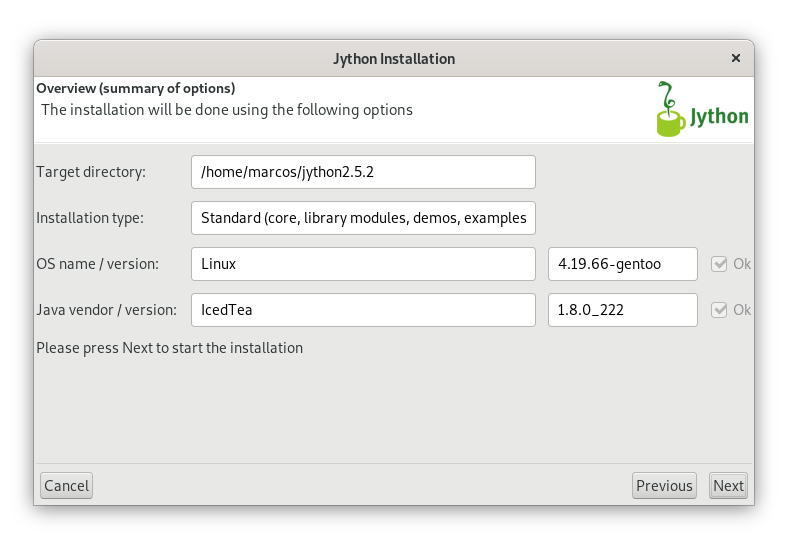 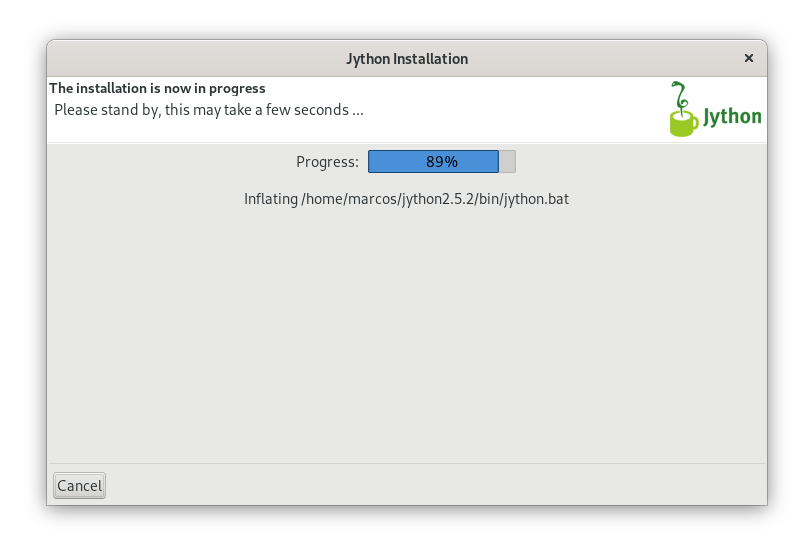 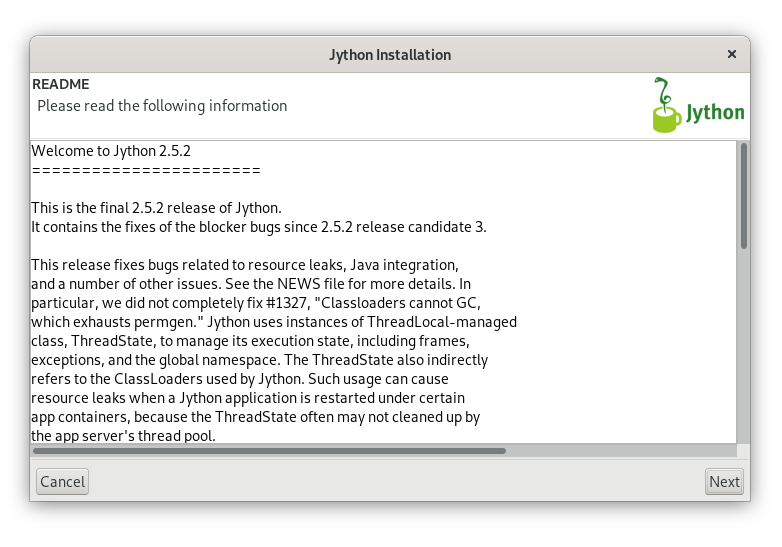 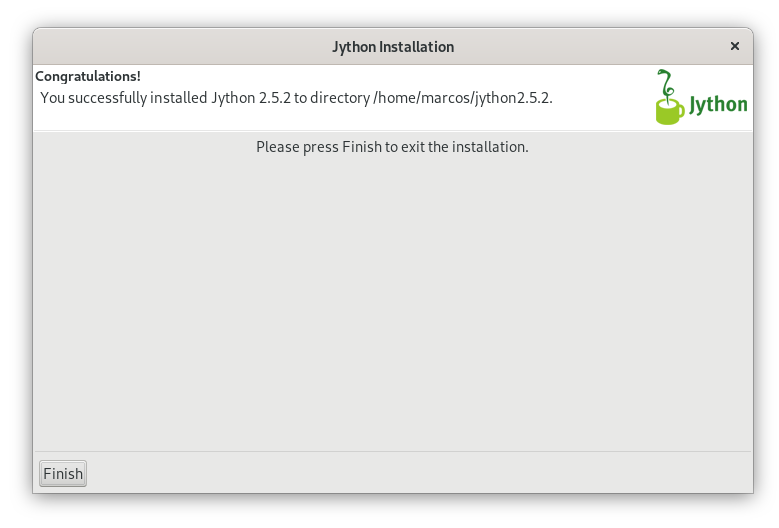 After finish we will now edit your vim ~/.bashrc and add the following line:

In this case my version and directory name is 2.5.2, check yours.

Then run the source ~/.bashrc command or close and open the terminal so that the jython command can be found.

Save and run as follows:

No Shell will show the outputs of the program, but it does not mean that it is a problem, but it is sending the outputs correctly. 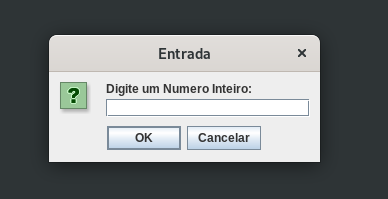 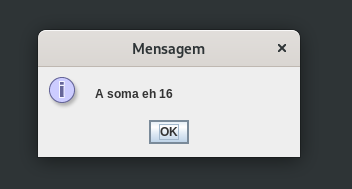 Note that in this case I added 8 + 8 and the result was as expected. 😁️

I particularly enjoyed Jython 🙌️ and I will dig deeper into it and there will probably be more tutorials here about it. Is that you ?! Liked ?! Tell us using the comment field. Hugs!