Episode 004: Getting a little more performance! 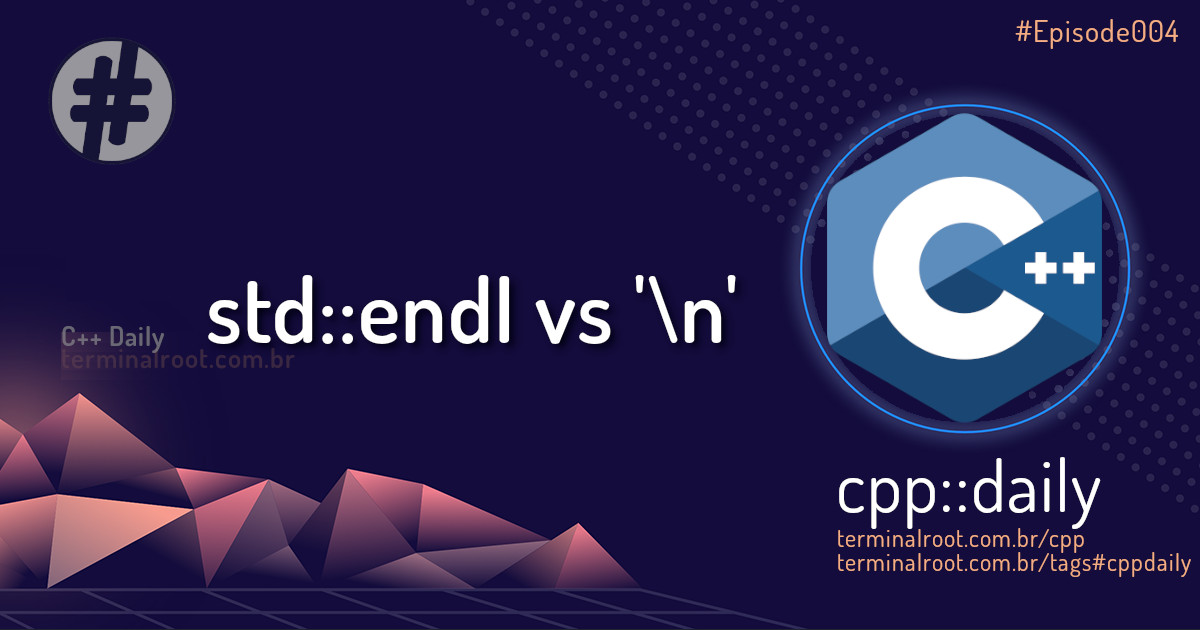 There is no single procedure to achieve more performance. Performance is a little bit of each of the details!

Usually when you use an IDE they usually autocomplete your std::cout with std::endl and this is not a good idea!

Using std::endl can be inefficient, as it actually does two tasks:

When writing text to the console using std::cout usually clears the output anyway (and if it doesn’t, it generally doesn’t matter), then having std::endl flush is rarely important.

Std::endl is technically unnecessary, since the program ends immediately afterwards.

The std::endl can be useful only when: first, it helps to indicate that the output line is a “complete thought”. Second, if we want to add exit instructions later, we don’t have to modify the existing code. We can just add them. But in the “overwhelming” majority of cases you will not need to use it.

Let’s analyze the runtime of the program below using std::endl and then only '\n':

Execution time according to the time command

Execution time according to the time command

That is, we had a gain of 3 seconds for every 1 million cycles, usually when a program is open it does a lot more cycles than that!

If you want to know more about the time use command: man time!

VIDEO TIP: This video shows the performance of programming languages verified with the time command: