How to Mount Partition Without Authentication on Linux 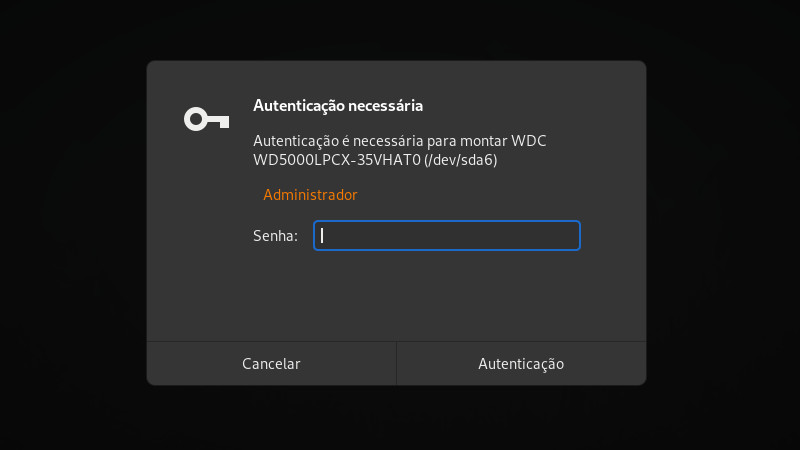 When will you access a partition via graphical interface on some systems like Gentoo and Debian, for example, you are asked to enter your sudo or root as in the example below: 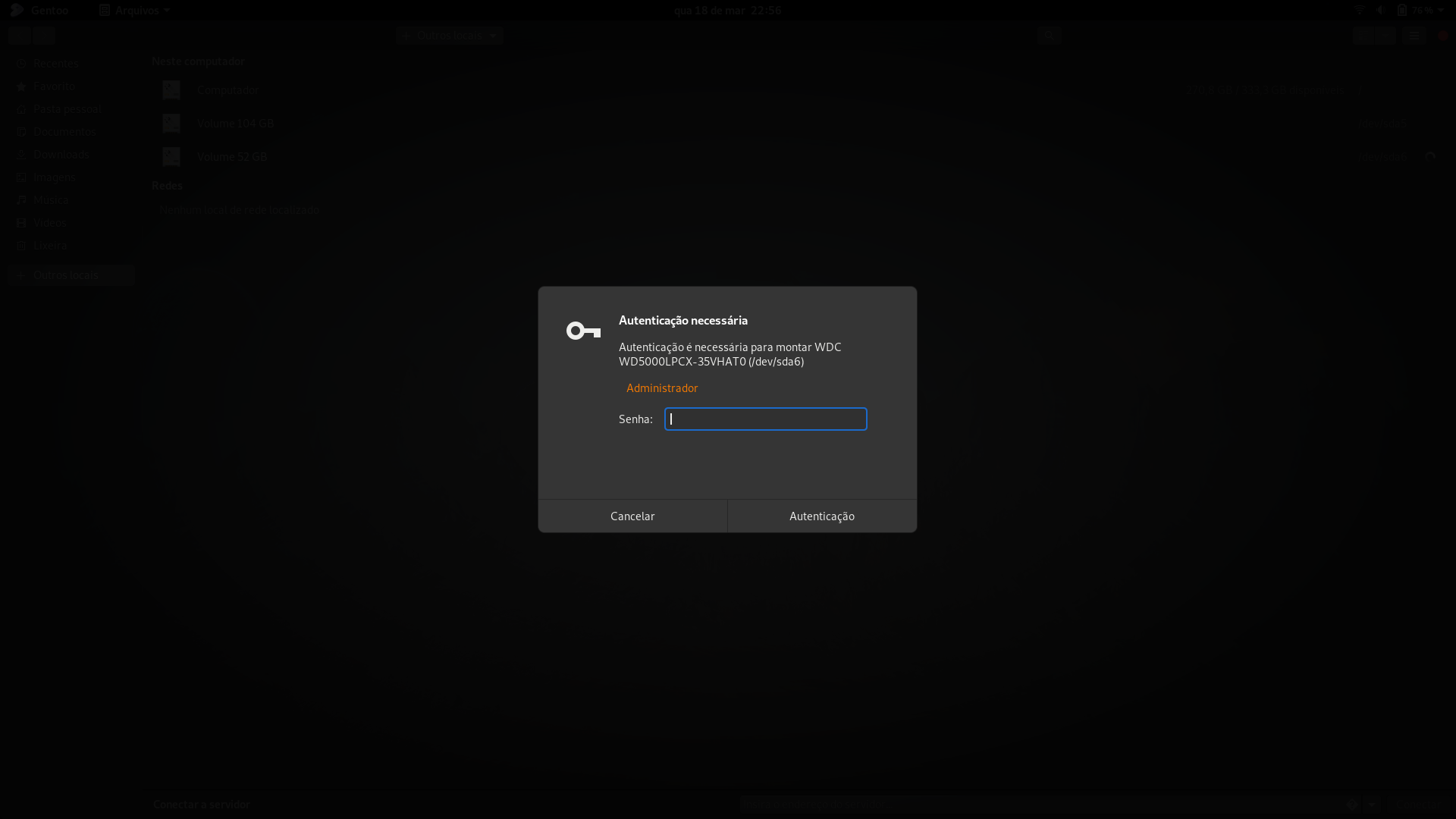 In the case of a window manager, such as bspwm by example, if you have not started Polkit manually or in your login file it does not open Gksudo and shows an error similar to the image shown below:

But you can configure it to mount automatically without asking for a password, as follows:

And in the excerpt (<action id="org.freedesktop.udisks2.filesystem-mount-system">, in the defaults tag) similar to the one below, replace the information: auth_admin with yes

Then you don’t even need to restart anything, just try to mount from now on

If you can’t, try to change the file that contains Udisk or ** udisk2 **

In i3wm, if you want me to ask for a password instead of automatically assembling, add this line to your config: exec_always --no-startup-id /usr/lib/policykit-1-gnome/polkit-gnome-authentication-agent-1 &, in the case of Debian.

Polkit is a component for controlling system-wide privileges on Unix-like operating systems. It provides an organized way for non-privileged processes to communicate with the privileged. Polkit allows a level of control over centralized system policy.

Since version 0.105, launched in April 2012, the project’s name has been changed from PolicyKit to polkit to emphasize that the system component has been rewritten and that the API has been changed, breaking backward compatibility, learn more.