Learn to Create a Graphical Application with C++ and GTKmm

In this video we are going to create an application for Firefox. 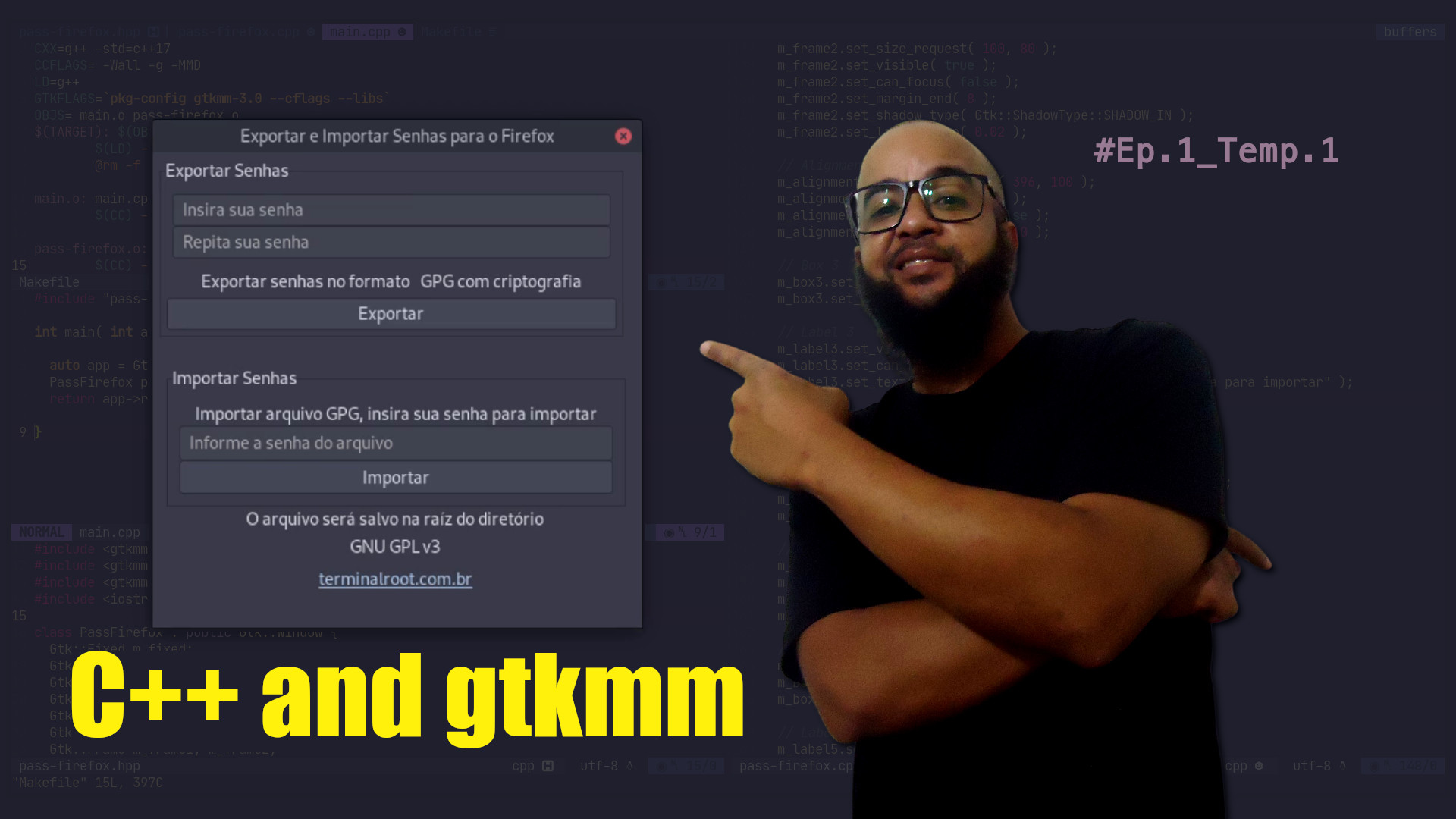 C++ is a compiled multi-paradigm programming language (its support includes imperative, object-oriented and generic language) and general use. Since the 1990s, it has been one of the most popular commercial languages, and is also widely used in academia for its great performance and user base. It was created by Bjarne Stroustrup.

In this video we built the layout via code with the gtkmm library, a clone application of the old Password Exporter, an application for Firefox that has been discontinued, but we are going to recreate it as an exercise, however, by exporting the saved logins and passwords data in the browser with a file encrypted with GNUPG .

On Gentoo, Funtoo and similar

Below is a video that shows how to create a graphical application that will serve to export and import passwords from Firefox and save in GPG format.

The video is in Brazilian Portuguese, but if you want to skip the introduction and just see the code development start from time 5:01