Mednafen is a command line emulator for many different systems. 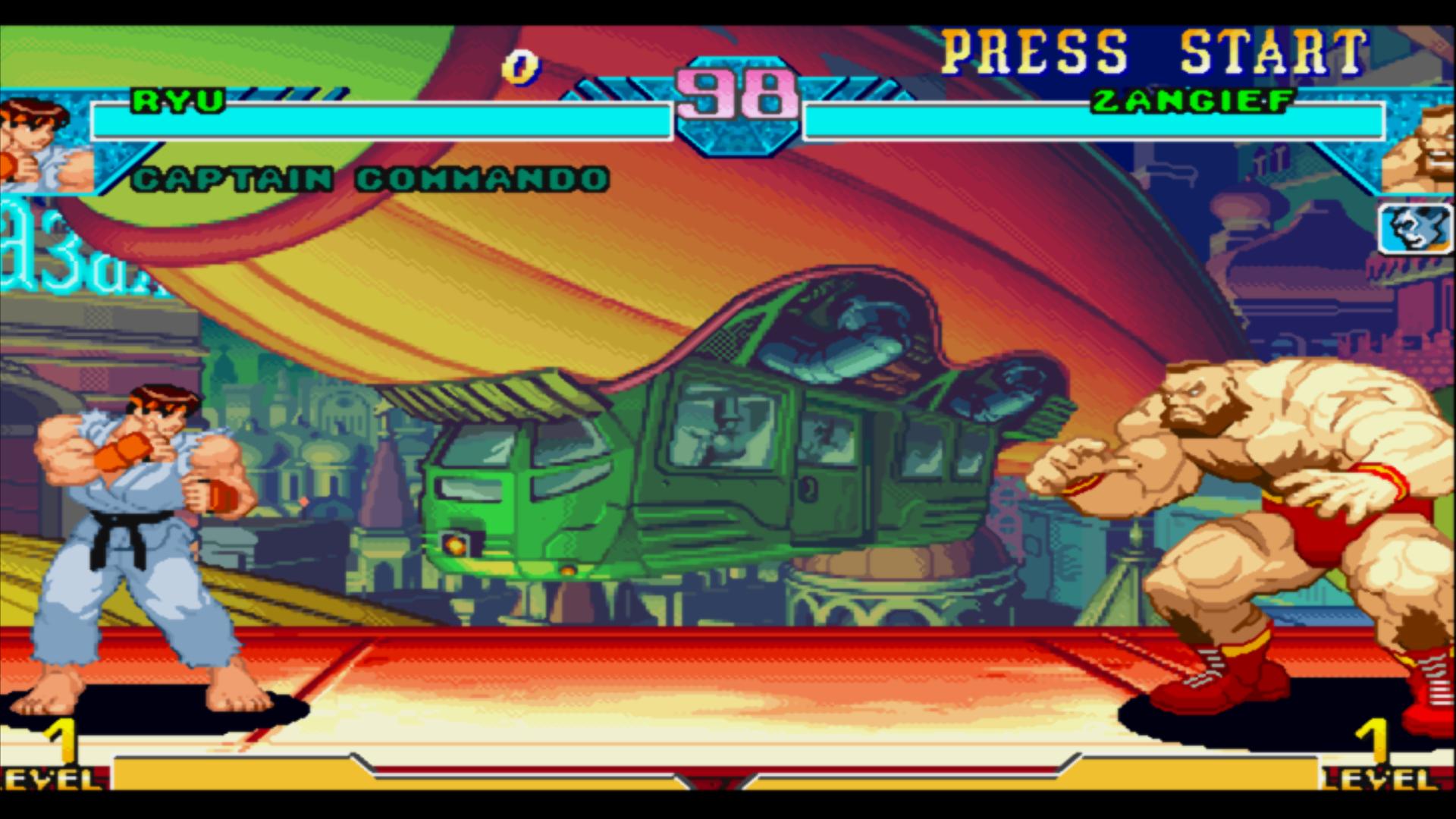 I, like all other mortals, am also a fan of games, only I didn’t adapt much to the new games and the new platforms.

Sometimes I still gamble on Wii and modern PC games with my son, but I have fun even with retro games.

In the past I used the emulators: Gens for the Mega-Drive, ZNES for the Super Nintendo and Stella for the Atari. But some of these emulators were discontinued and I thought it was bad to have 3 installed for each console.

I even tried Retroarch and others. But I found some bizarre bugs, at least for the system I use: Gentoo.

Then, browsing the emulator options in the Gentoo documentation, I came across Mednafen. To test it first I tried it on Ubuntu that I have on another partition and it worked.

But I had to adjust the Mednafen configuration file by hand because the graphical version still has some limits.

And I decided to share with you here how to install on Ubuntu and Gentoo, as well as settings I didn’t find on the internet and I had to turn around to find out.

Mednafen is a command line emulator for many different systems. It has full support for OpenGL and SDL graphics, network play, remapable input configuration, support for joystick and keyboard, save states, game rewind, GSF playback and screenshots. The systems supported by Mednafen are:

As I told you, I also tested on Ubuntu and followed these steps: I installed the emulator and the graphical interface to choose the console, settings, games, …

And then I opened it through Dash by typing: mednaffe. And it worked great, but I realized that Mega-Drive, which is what I like the most 😞, it was only possible to play with 3 buttons and I left it up to Gentoo to solve this, I feel more comfortable solving these types of research-related problems!

Well, installing Gentoo was also simple, but there were some differences. First I compiled the packages:

After compiling and installing I came across the first problem. The current version (according to the date I tested) is 0.9.46 and Mednaffe does not open for that version.

So I went to search on this link if there was a new ebuild, the maintainer said that it has not yet been implemented, but that it is possible to update directly:

So I downloaded the new version and compiled it, but first rename the previous version so that Mednaffe could take the new path:

Remembering that it is 64-bit, for Linux there is only this option.

So I was able to open Mednaffe: 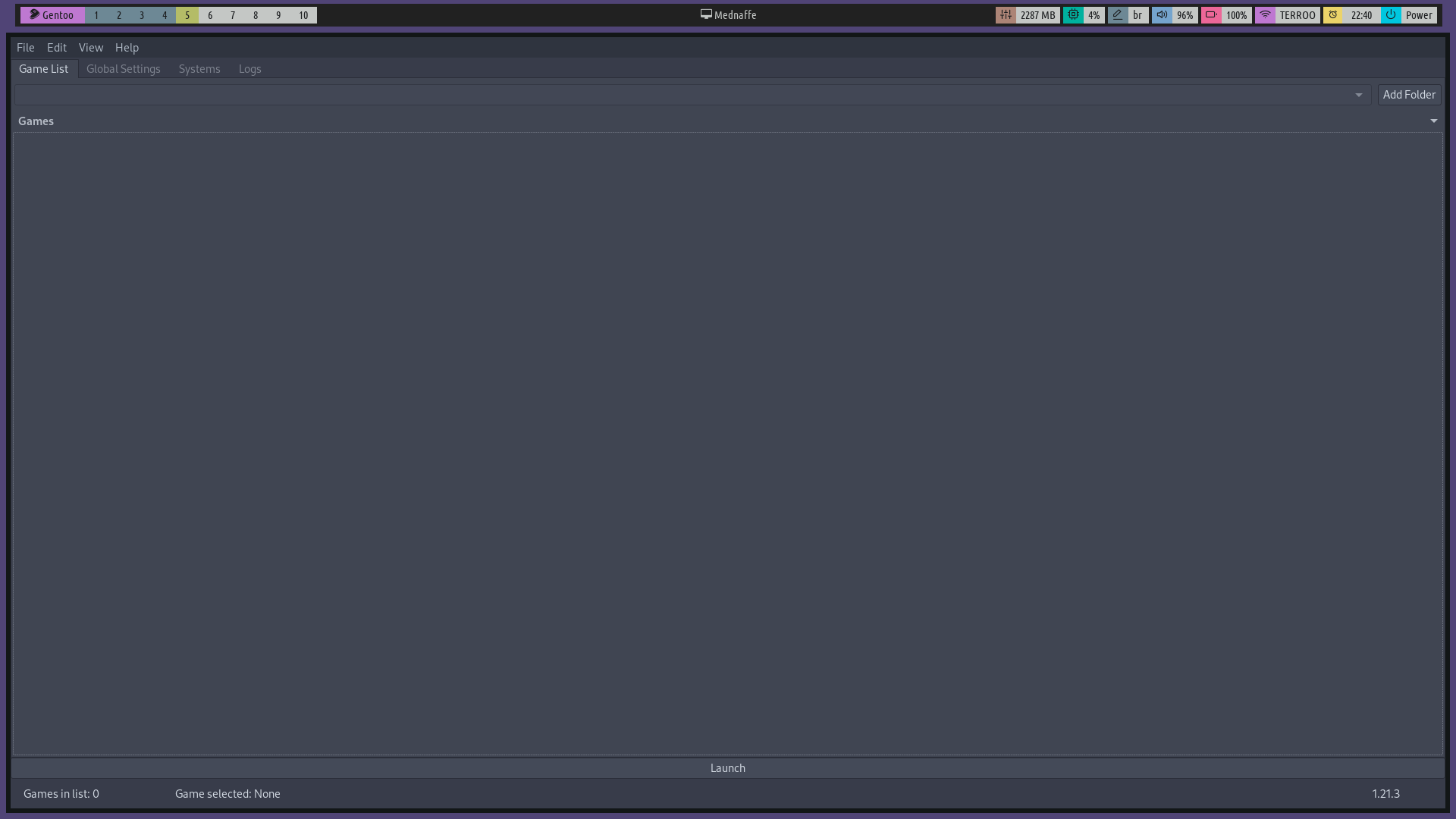 I added a ROM in File > Open ROM, remembering that you don’t need to unzip the ROM you downloaded. A cool site to download games/ROMs is Cool ROM, if you want to search for games from a specific console go to ROM files, here an example of a link to search and find games for Mega-Drive.

Well, so far so good, but then a “small problem” appeared, the Mega-Drive only there are 3 buttons, but I managed to solve this problem and I will show you how I solved it in the topic below.

Configuring the Mega-Drive for 6 Buttons

Well, you can configure: Fullscren, keyboard, … according to the console you want to customize through Mednaffe by going to the Systems tab, selecting the console and the Input tab clicking on Controller Setup and set the keys you want to be: Up, →, ↓, ←, button: A, B, C and start.

But there is a limitation in the graphic part (Mednaffe) that it is not possible to configure the buttons: X, Y and Z, just like the developer said here.

The Mednafen configuration directory is at: ~/.mednafen and the main file is ~/.mednafen/mednafen.cfg and it is generated as soon as you open a game to run. You can obtain all documentation at this link.

According to a comment from another member of the forum, you just need to edit the configuration file and set it to gamepad6, but it was not very clear, so I will summarize:

But the line that does not have new parameters is precisely the one that defines which keyboard model you want and by default it is only gamepad. if you want the Mega Drive to accept 6 buttons it is to replace gamepad with gamepad6, if you want to run this command through the terminal that will do this automatically:

But the keys have a peculiar numbering different from the outputs of the showkey for example. Then, you will have to find out by changing the graphics and figuring out the numbers.

If you want to save time, use my configuration file, just run this command:

And ready, open and try to play a game and use the keys I informed you!

In the future I will record some * gameplays * and post on my Twitch channel, stay there if you want to follow. 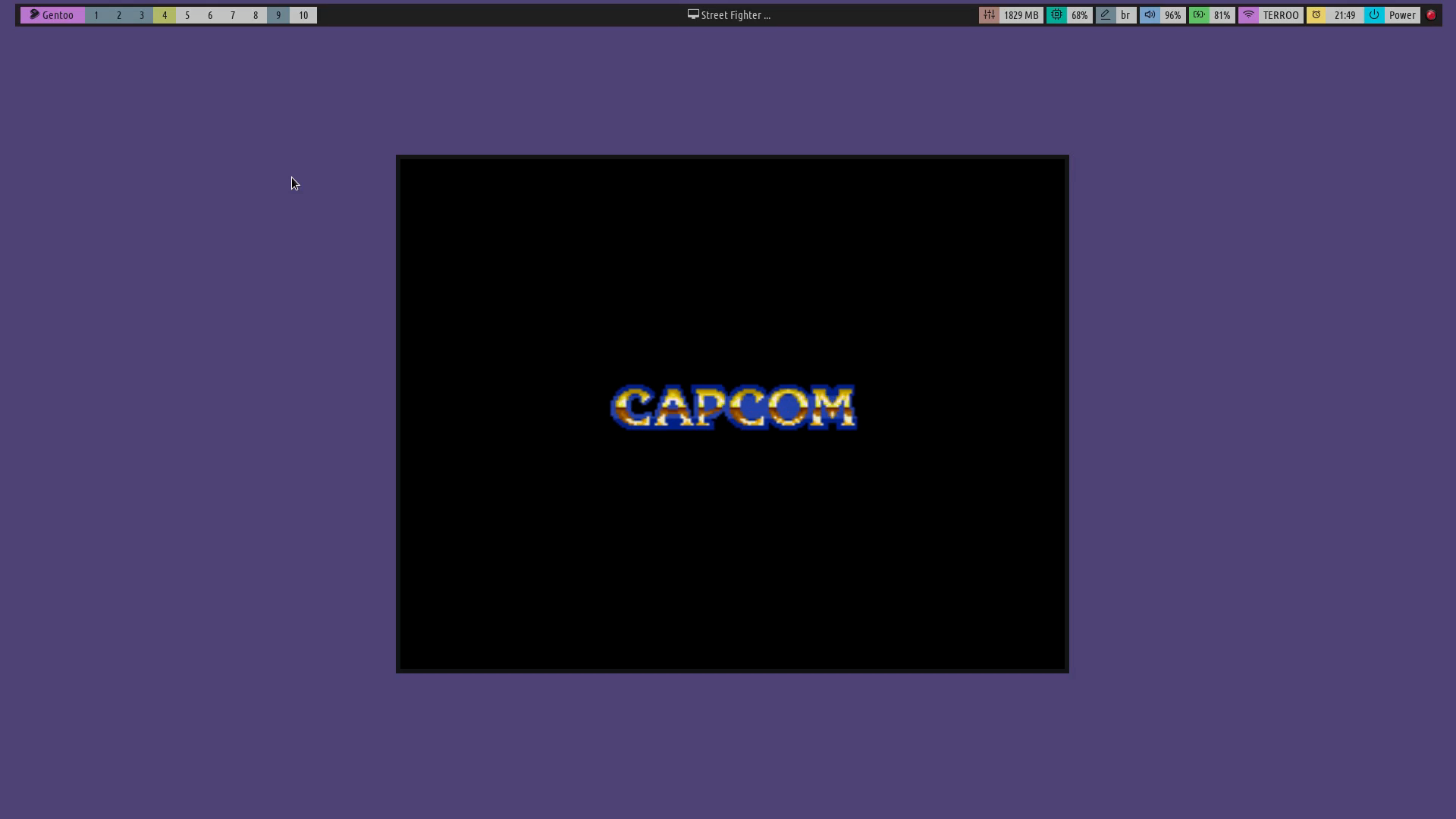