The most used and the most recommended! 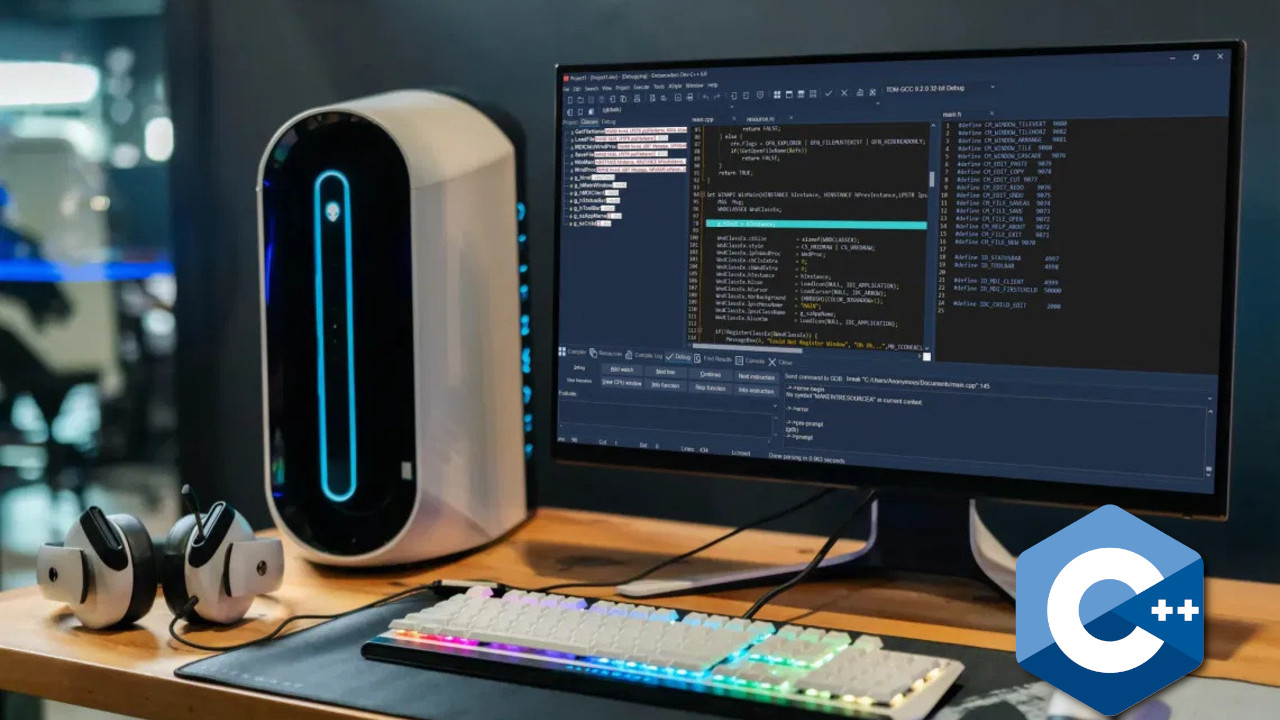 The most recommended programming language for creating Graphical Interfaces , better known as GUI, is C++, in addition to Games Development, embedded systems and among several other forms of use that can be consulted here.

In this article, we are going to get to know the 7 most used and recommended C++ libraries for creating graphical interfaces. Each one with its specification and recommendation. 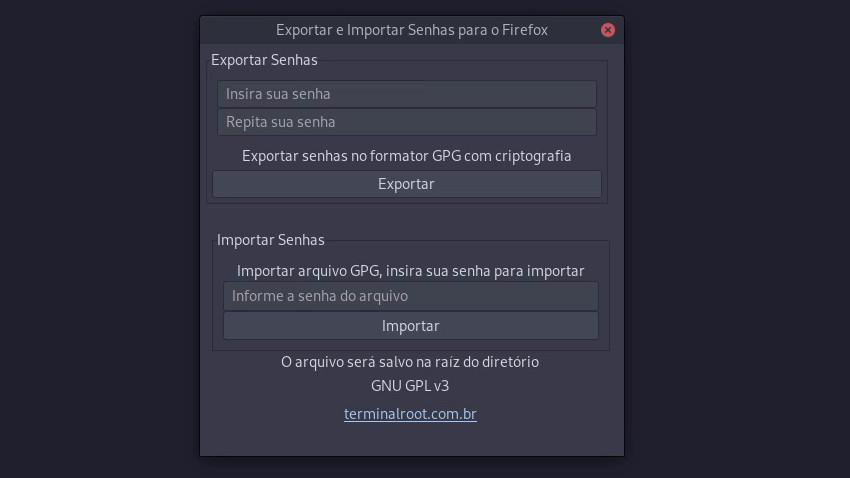 gtkmm (formerly known as gtk– or gtk minus minus ) is the official C++ interface for the popular GUI library GTK . gtkmm is free software distributed under the GNU Lesser General Public License (LGPL).

gtkmm allows the creation of user interfaces in code or with the Glade Interface Designer , using the Gtk::Builder class. Other features include type-safe callbacks, a comprehensive set of control graphics, and widget extensibility through inheritance.

We have a series about gtkmm that can be seen in the video below:

How to Create Graphic Applications with C++ and GTKmm 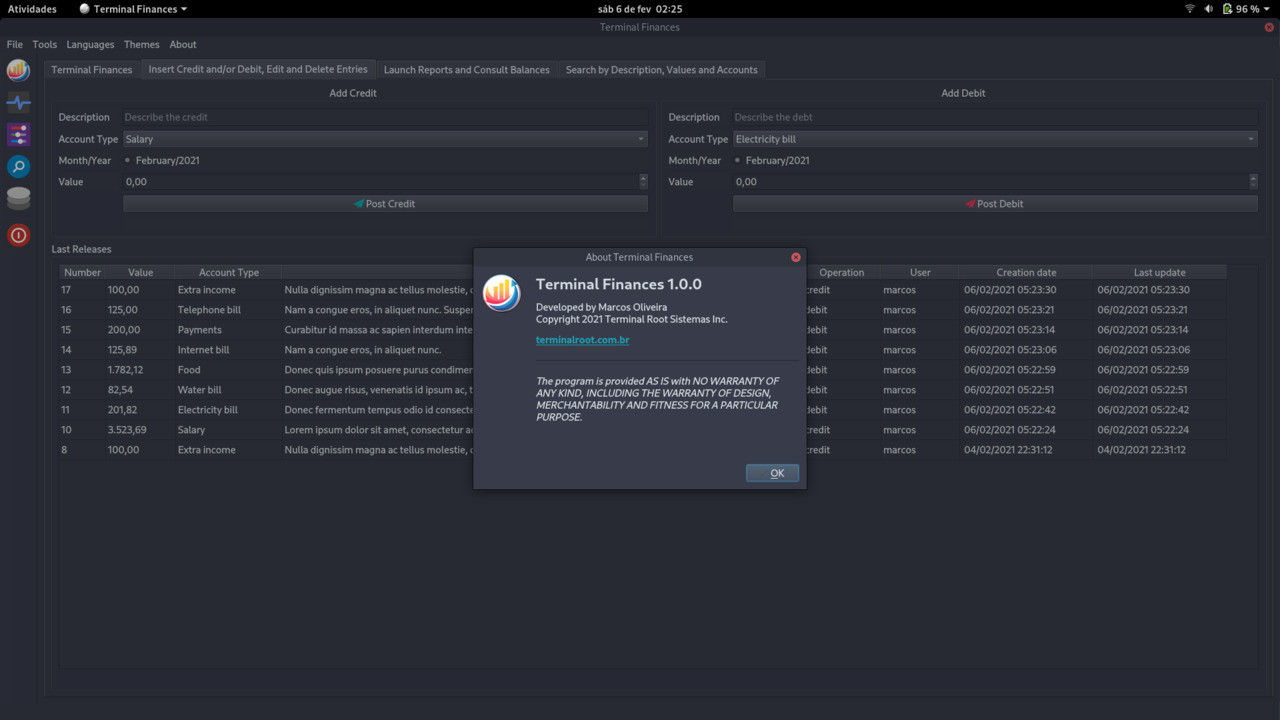 Qt (pronounced “cute” ) is a widget toolkit for creating graphical user interfaces as well as cross-platform applications that run on various software and hardware platforms, such as Linux , Windows , macOS , Android or embedded systems with little or no change to the underlying code base, yet it is still a native app with native features and speed.

The Qt is currently being developed by The Qt Company , a publicly traded company, and the Qt Project under Open Source , involving individual developers and organizations working to advance Qt. Qt is available under commercial and open source licenses GPL 2.0, GPL 3.0 and LGPL 3.0 licenses ) .

Terminal Finances made with Qt

Some famous software written with wxwidgets: 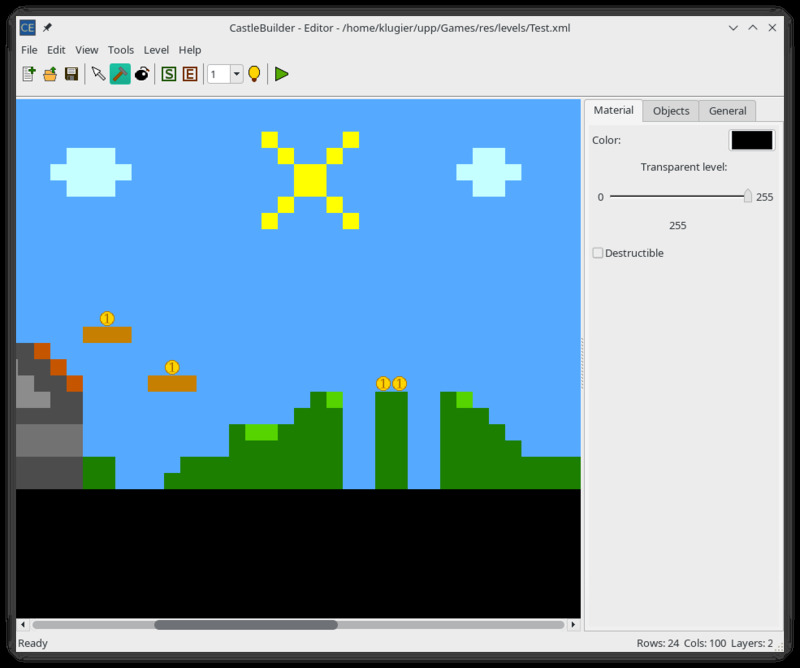 Ultimate++ , also known as U++ or Upp - is a rapid application development framework C++ which aims to reduce the code complexity of typical desktop applications by extensively exploiting the features of C++ . 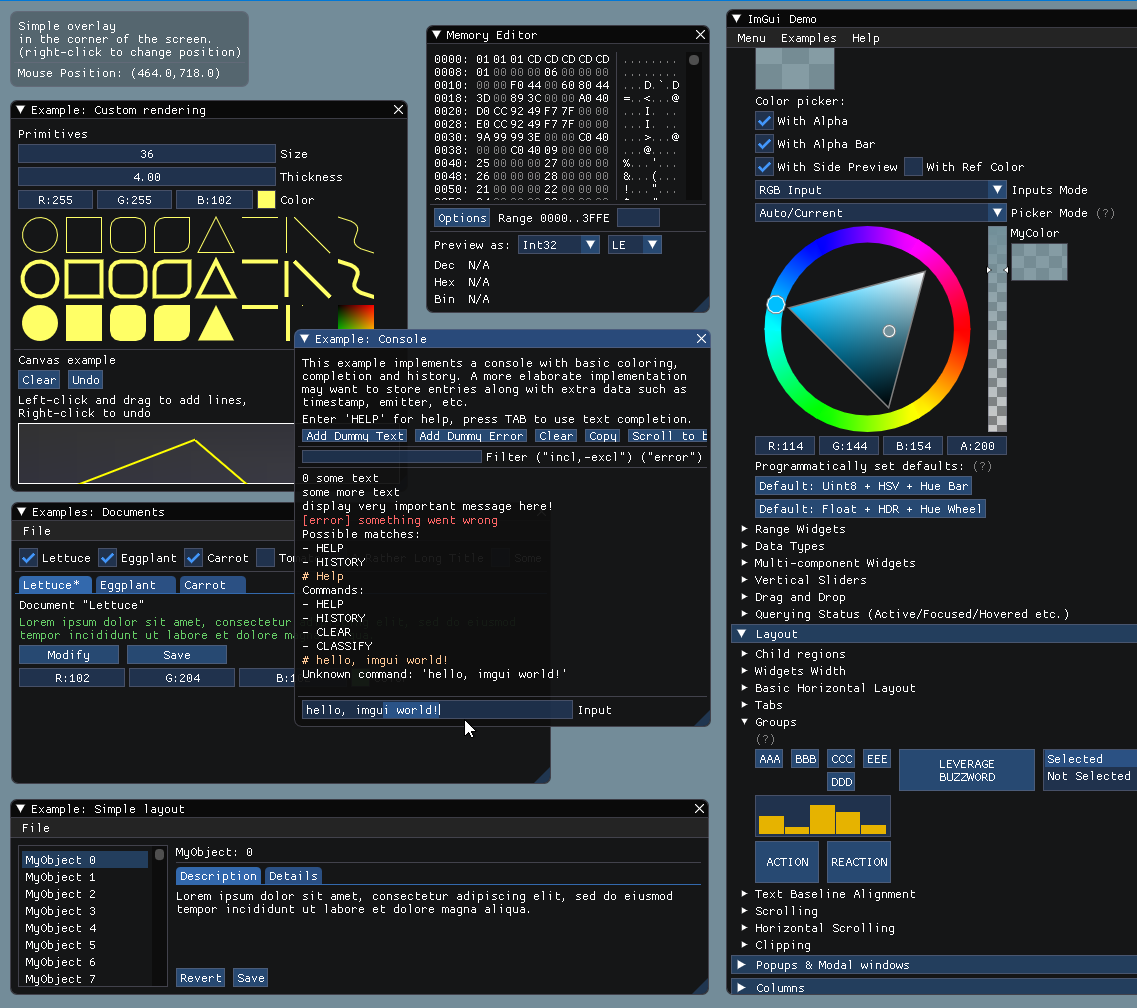 In the future we will have content about Dear ImGUI . 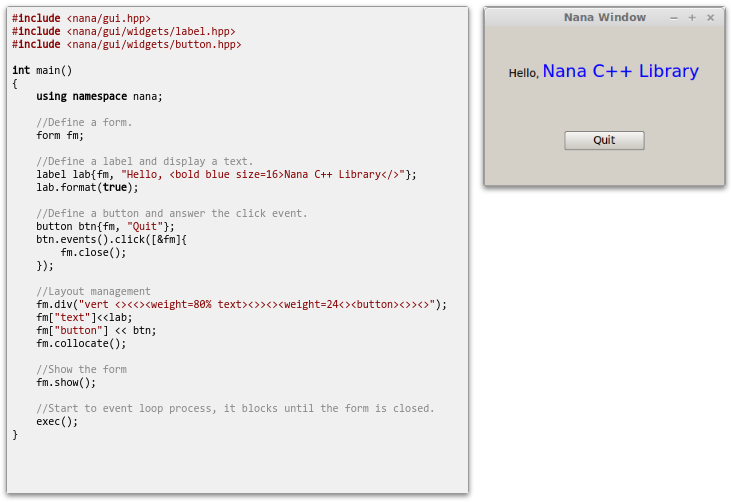 Nana is a cross-platform library C++ for creating graphical user interfaces. It uses a platform-independent API and currently supports Windows , Linux and FreeBSD .

Nana was written in C++ and targets only that language.

The following example of Nana creates a window with a caption “Hello, World” and a “Quit” button:

Nana is free and open source software, licensed under the Boost Software License .

Using its own widget, drawing systems and events abstracted from the underlying system-dependent code, it allows you to write programs that look the same on all supported operating systems.

FLTK is free and open source software, licensed under the GNU Lesser General Public License (LGPL) with an additional clause that allows static links from applications with incompatible licenses.